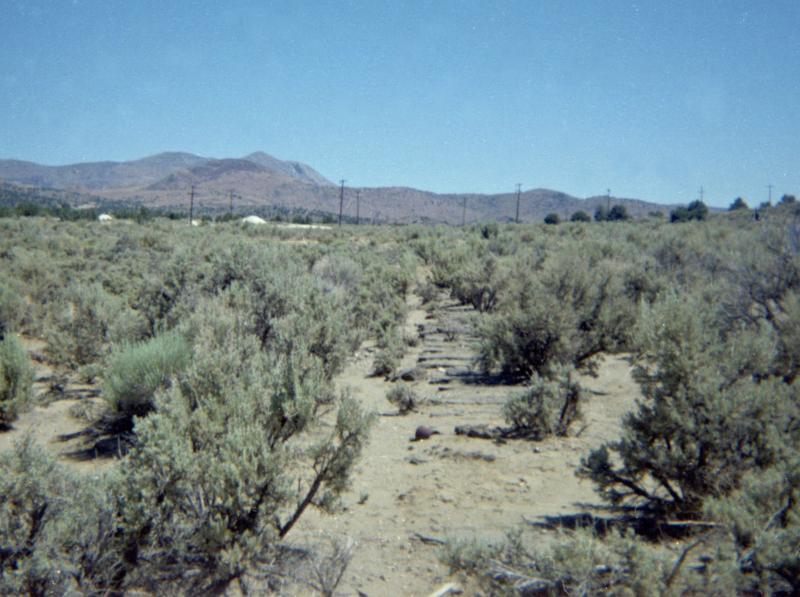 Abandoned railroad tracks in Mound House. After the rails were pulled up, ties and other debris remained along the right of way until the land was developed.

Source Caption: Before development at Mound House, NV. Looking north along the abandoned Virginia and Truckee Railroad grade at the site of the passenger depot at Mound House. Evidence of railroad ties and station platform in foreground. July 1966. This site is now completely obliterated by modern construction. Scanned from Kodak Instamatic negative.