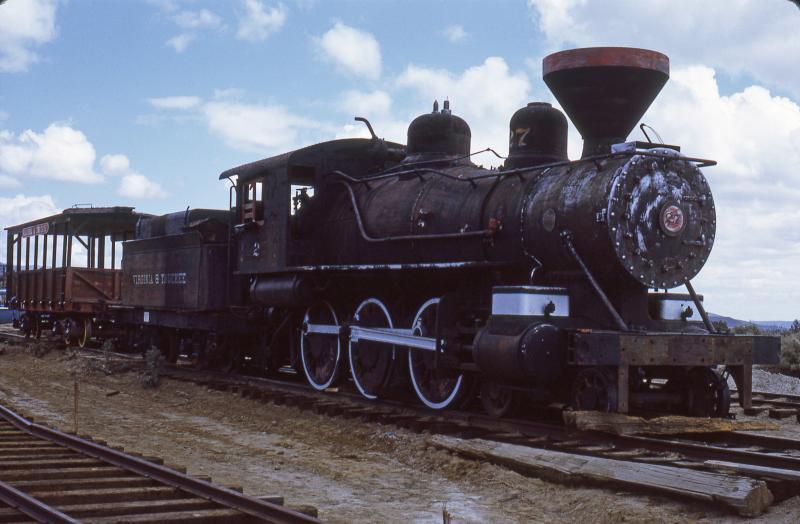 Virginia and Truckee Locomotive #27 was stored in Mound House for a short time in the 1970s. This photo shows it installed on a short piece of track by the highway.

Source Caption: For a brief period of time in the early 1970's, the neglected appearing Virginia and Truckee No. 27 resided at Mound House on a short piece of track. Apparently laying some track and placing the historic locomotive at that location was an early attempt to restart the railroad - this initial effort did not come to fruition. The engine was later moved to Virginia City, and the site of Mound House was subsequently leveled and obliterated for light industrial development. No. 27 has now been restored and resides in good care at the Nevada State Railroad Museum in Carson City. Photo taken May 1971. Scanned from a Kodachrome slide.