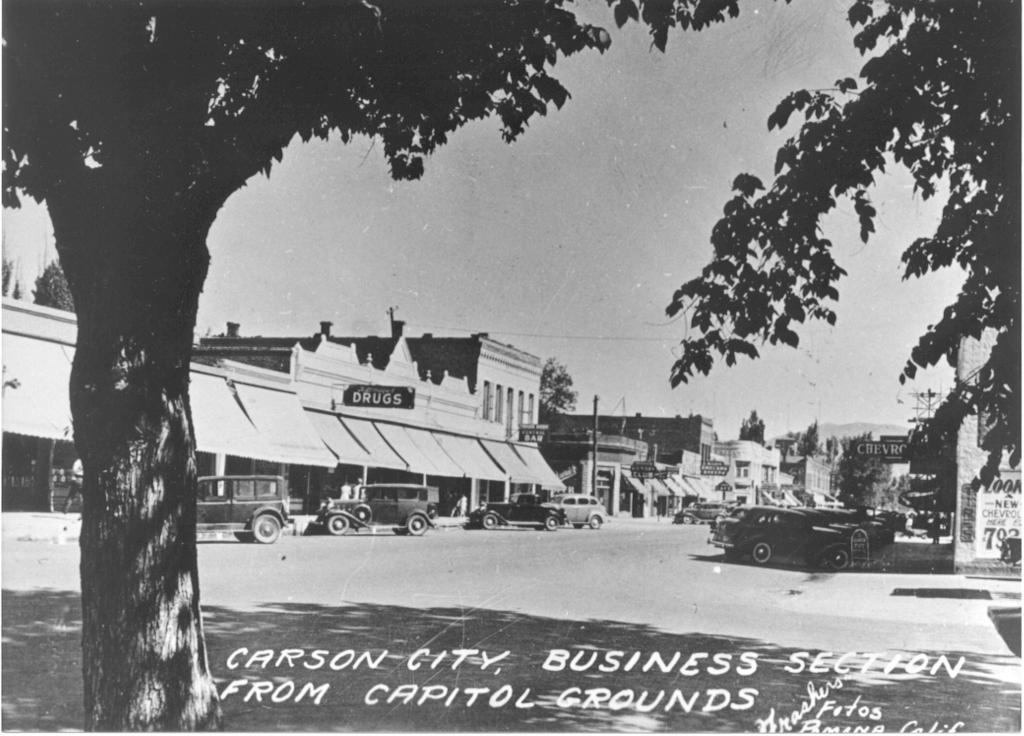 Awnings shade the sidewalk along the west side of the street, and several cars are taking advantage of the angle-in parking along Carson Street. The sign for Kitzmeyer Drugs is prominent in the left center of the photo. Next door, to the right, is the Central Bar, and across the street from that is Tommy's Victory Club at the corner of Carson and Proctor, with a large painted sign for Rainier Beer on the sign of the building.

Further down the street are signs for shoe repair, a cleaners, a grocery/bakery, and a cafe. And four blocks down, in the distance, you can see the bulk of the Arlington Hotel.

On the east side of the street a Chevrolet dealership sits at the corner, selling new cars for $790. They also sell tires.