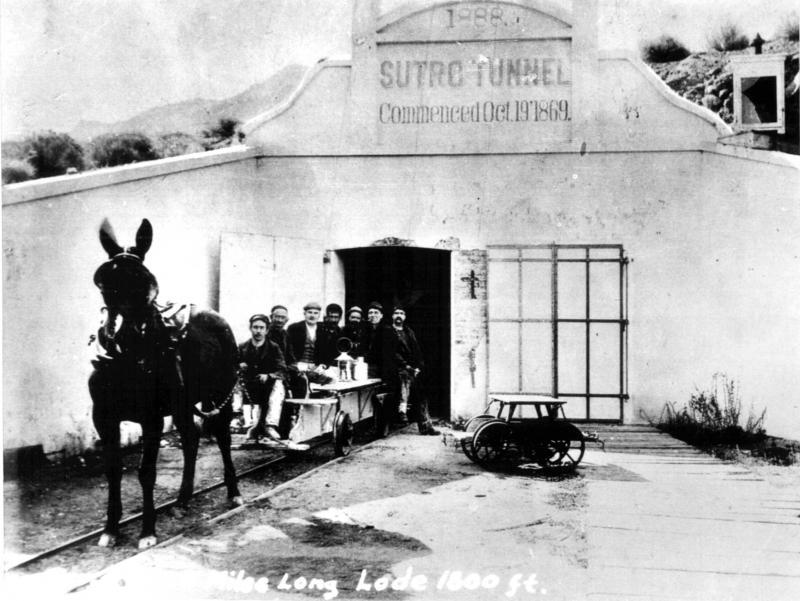 A bunch of folks get a ride on a horse-drawn cart out of the Sutro Tunnel. The tunnel was built from 1869-78 to drain water from the lower levels of the Comstock Lode, and also as a way to remove ore from the mines without having to hoist it to the surface. The tunnel started here, in the town of Sutro in the Dayton Valley, and bored four miles straight through the mountain to intersect with the Savage Mine underneath Virginia City at the 1,640 foot level. But by the time it was finished the mines had already been dug deeper than the tunnel, so it never really lived up to its full usefulness. Adolph Sutro, who built the tunnel, sold his share in it soon after it was completed.

This grand entrance portal was built in 1888 and still survives today. The tunnel, though, has collapsed so it is no longer passable.