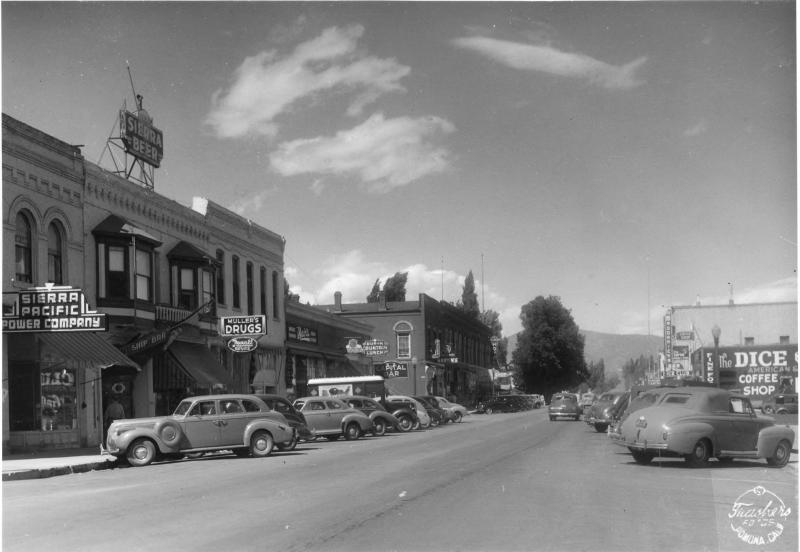 This look at downtown Carson in the 1940s reveal many of the downtown businesses of the time. Sierra Pacific Power had a downtown office in the building that now houses the Horseshoe Club. SPPCo changed its name in late 2008, after having the name for 60 years. Next door is the Ship Bar, a fantastically whimsical little place with a ship's prow poking out of its facade. The roof of that building has a large sign for Sierra Beer. Next to that is Muller's Drug, a Rexall franchise. Further down is Bair's, the Duk-In Fountain Lunch, and the Capital Bar. Even further down the street is the Arlington Hotel and the U.S. Mint.

On the other side of the street is Broderick's Bar and the Dice Club, in the building that the Carson Nugget would soon occupy. The Post office is out of the scene to the right. Downtown looks busy; most of the parking spots along Carson are full.