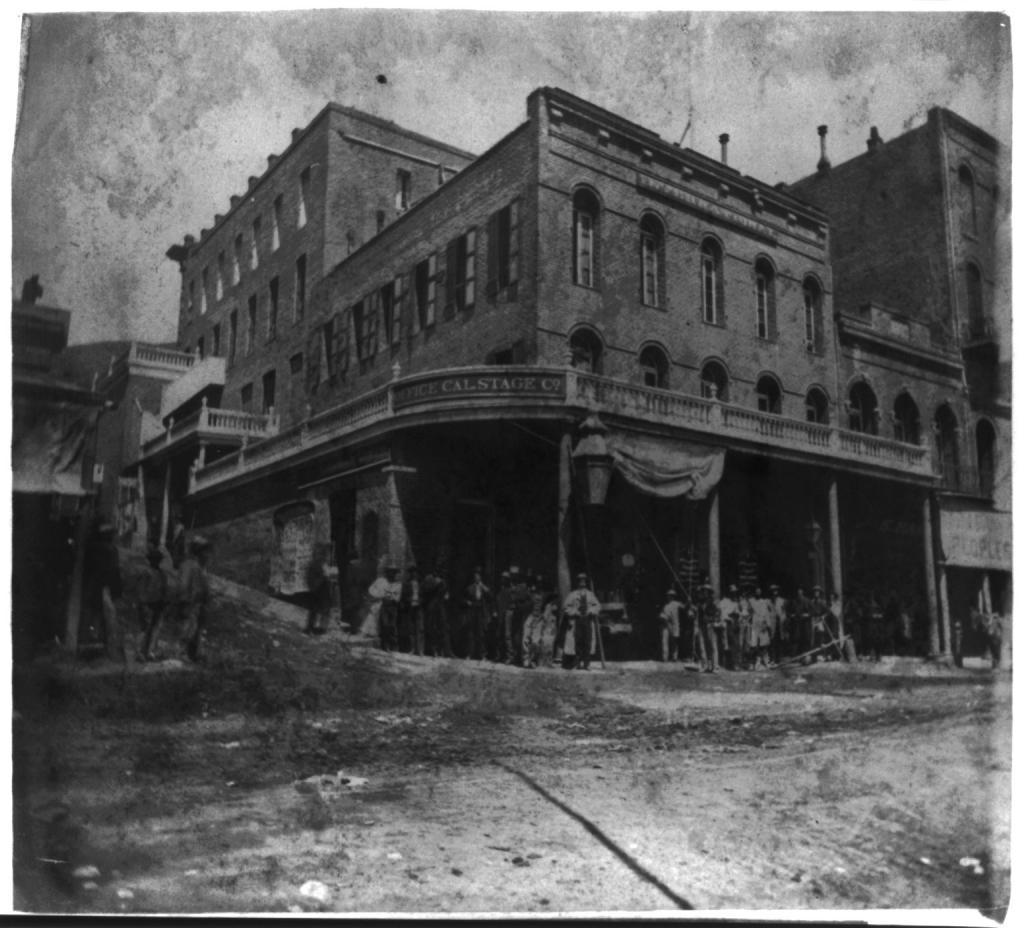 This is the second International Hotel in Virginia City, at the corner of C Street and Union. It was built in two sections, the three story building in the front first in 1862, then the four stories in the rear a year later. The whole thing burned in the Great Fire of October 26, 1875.

Source Caption: The Library holds only one photo from a pair published as a stereographic view. Gems of California scenery, no. 711. LOT subdivision subject: Virginia City, Nevada. This record contains unverified data from old caption card, with subsequent revisions.