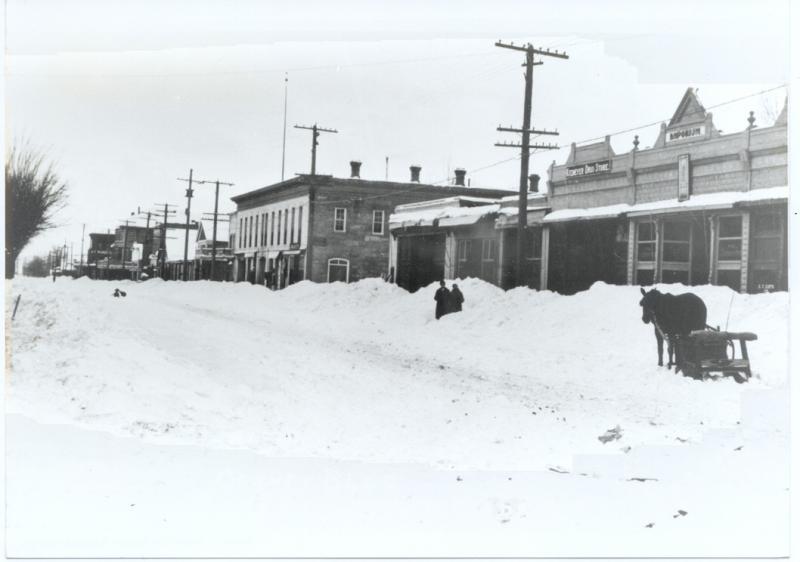 This scene depicts a snowy day in Carson City in the early 20th century. A lone horse waits in the street, attached to an empty sleigh, and a couple stands in a snowbank, possibly posing for the distant photographer.

Kitzmeyer's Drug Store can be seen on the right side of the photo, along with a sign for the Emporium. These buildings sport false fronts and decorative caps that aren't seen later in the century. The brick building at the northwest corner of Carson and Musser sits with no signs to indicate the tenant.

Across the street, the Great Basin Hotel built by Abe Curry can be seen. This hotel was built in the early days of Carson City, around 1860-61, but almost immediately was taken over by the county for use as courtrooms and offices. Ormsby County officially purchased the hotel in October of 1862, so its life as an actual hotel was short-lived. It was torn down in 1922 so a proper courthouse could be built on the corner.

In the far distance the dark silhouettes of the St. Charles Hotel and Ormsby House can barely be made out, behind a row of anonymous storefronts that were all razed with the Great Basin and lost to history.