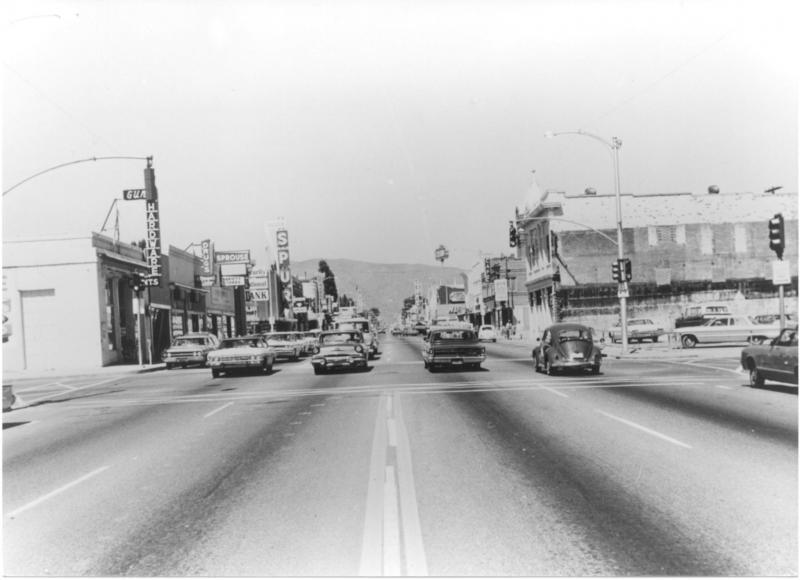 This sweeping look at Carson Street from in front of the Capitol reveals most of downtown Carson City, if you look close enough. Starting on the left we see Geo. H. Meyers Hardware, with a large vertical sign. Next to that is Kitzmeyer's Drug Store, and Sprouse-Reitz next to that.

The sign for the Security National Bank, which was built in 1962, is seen at the corner of Carson and Proctor. Across from that is the Silver Spur sign. Beyond that the picture kind of dissolves into a blurry mess, but the Arlington Hotel in the 500 block seems to be missing.

On the east side of the street, the Carson Nugget has a large sign on a pole perched high above the traffic. A little closer is the Sweetland block, and a sign for the Pine Cone Cafe.

On the far right of the photo, the most striking part of this panorama is the gaping hole that sits where the Senator Cafe used to be. That corner lot is being used for parking. But the large two-story brick building behind it has not been torn down yet. By the 1980s that whole block will have been razed to build the single-story bank building that today houses City Hall.