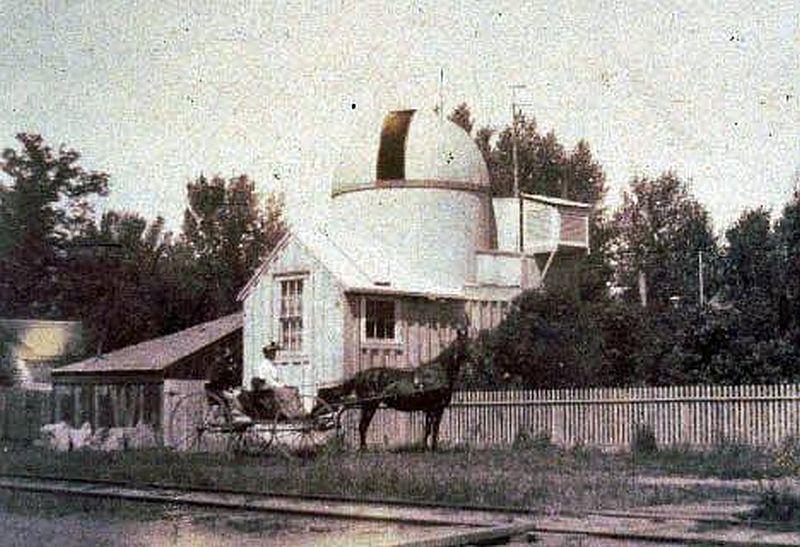 Charles W. Friend built an observatory into his house on Stewart Street, between Carson and Musser. Here you can see the V&T Railroad tracks running along Stewart Street in the foreground.