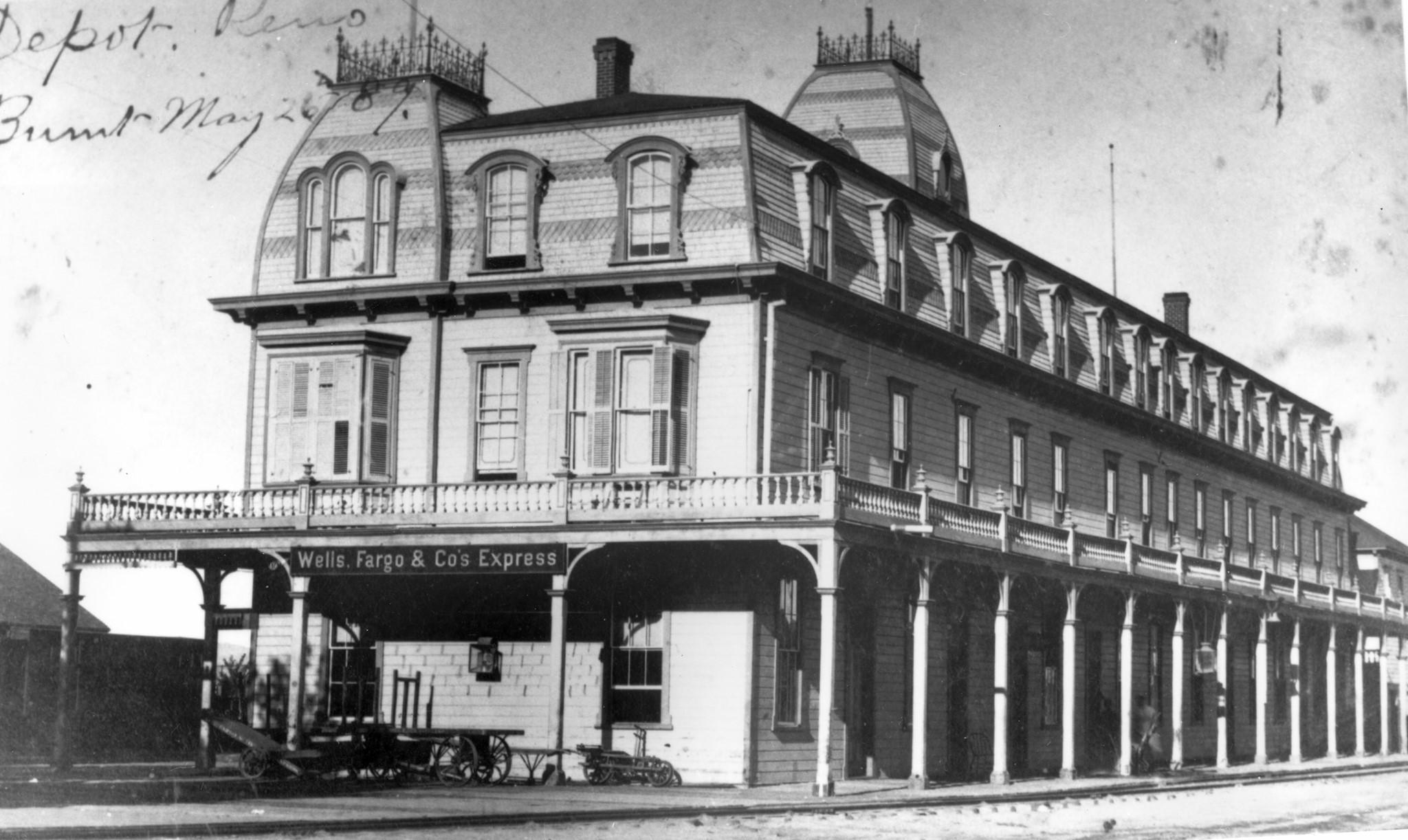 This hotel in downtown Reno doubled as the train station. It stood from 1879 to 1889 when it burned and was replaced by a smaller depot, without a hotel.

Source Caption: After the Great Reno Fire a new depot was built on the same site as the first. The Depot Hotel, constructed by W. R. Chamberlain, opened to the public on June 30, 1879. The three-story building was 65 feet tall, 32 feet wide, and 170 feet long and cost $25,000. It was constructed primarily of redwood and pine, and included a Mansard roof and a balcony that wrapped around the hotel on the secon...d floor. The Depot Hotel featured the latest amenities, such as a telegraph office, bar, restaurant, lavatories, water closets, fire suppression system, and fifty hotel rooms. Each room had a view of the mountains and received sunlight at some point during the day. The Depot Hotel was considered the finest Ã¢â¬ÅcaravansaryÃ¢â¬Â between Omaha and San Francisco. On May 26, 1889, the Depot Hotel was lost in a fire that swept through the business district. A new depot would have to be built in its place.