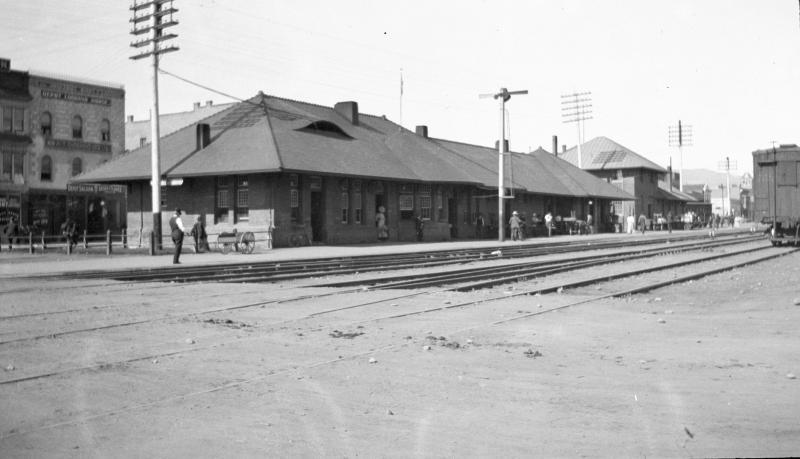 The Reno train depot in downtown Reno. The is the Southern Pacific side of the depot. The V&T Railroad tracks were on the opposite side of the building. This was the third depot built on this site. It was erected in December 1889.

Source Caption: The Central Pacific's third depot in Reno was completed in December 1889. The new depot, a one-story structure, stood in contrast to the Depot Hotel. It covered the same footprint as the Depot Hotel, but featured massive brick walls and a low projecting slate roof. Included in the depot were all the typical amenities such as a waiting room, a baggage room, a telegraph office, and a ticket office. Missing were hotel rooms, a lunch counter and a bar, all of which could be found at various establishments along Commercial Row. The depot was simply a depot. This photo was taken by Stanley Palmer circa 1910. The third depot was replaced in 1926 by a modern structure that was in the works for years.