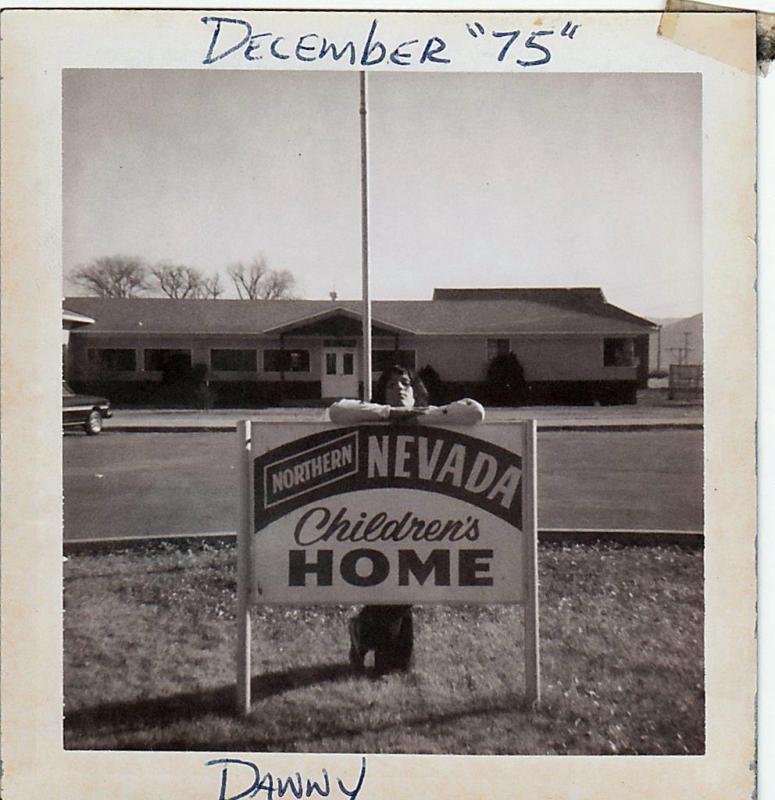 The Northern Nevada Children's Home was the successor to the State Orphanage. It was built on the same land, at Fifth and Stewart. After the large stone institution was torn down, a number of smaller cottages were built where the children could be raised in smaller groups, closer to a family setting. The cottages were closed entirely a few years ago. The Boys and Girls Club used several of the buildings for a while, but now they are abandoned completely and slated for demolition. Pictured is Daniel Brough, a resident of the home. His brother Dennis took the picture.

That picture was taken in 1975 by me & that is my younger brother Daniel Brough. We were both residents there in the early to mid 70's