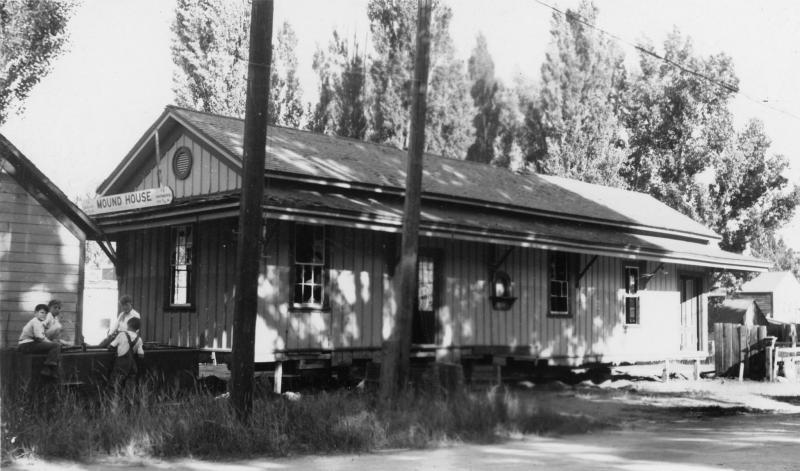 After the Virginia and Truckee Railroad ceased service to Virginia City in 1938, the old depot from Mound House was sold and moved to Carson City. This shows the depot at its new home, reportedly along Washington Street near Carson Street.

Source Caption: Here is a Ted Wurm photo taken in 1966 of the Mound House joint Virginia & Trucke RR/Carson & Colorado RR Depot. It has been moved from MH to Carson City and was used for several business's. There were 2 C&C depots built in this style, the other being the Hawthorne passenger Depot. This would be the 3rd and last Depot at Mound House. The first being burned down, and the 2nd which was moved to Dayton Nev. to serve the C&C and later the SP. A much larger Depot was needed to serve both railroads in 1881 so this one was built. The Depot at Dayton still exists and has the honor of serving both the V&T and C&C RR's and is currently being restored to it's C&C state after being a residence for many years. Like Owenyo, Mound House was a transfer point between the SG and NG and would be a great layout to model.