Carson From King to Second 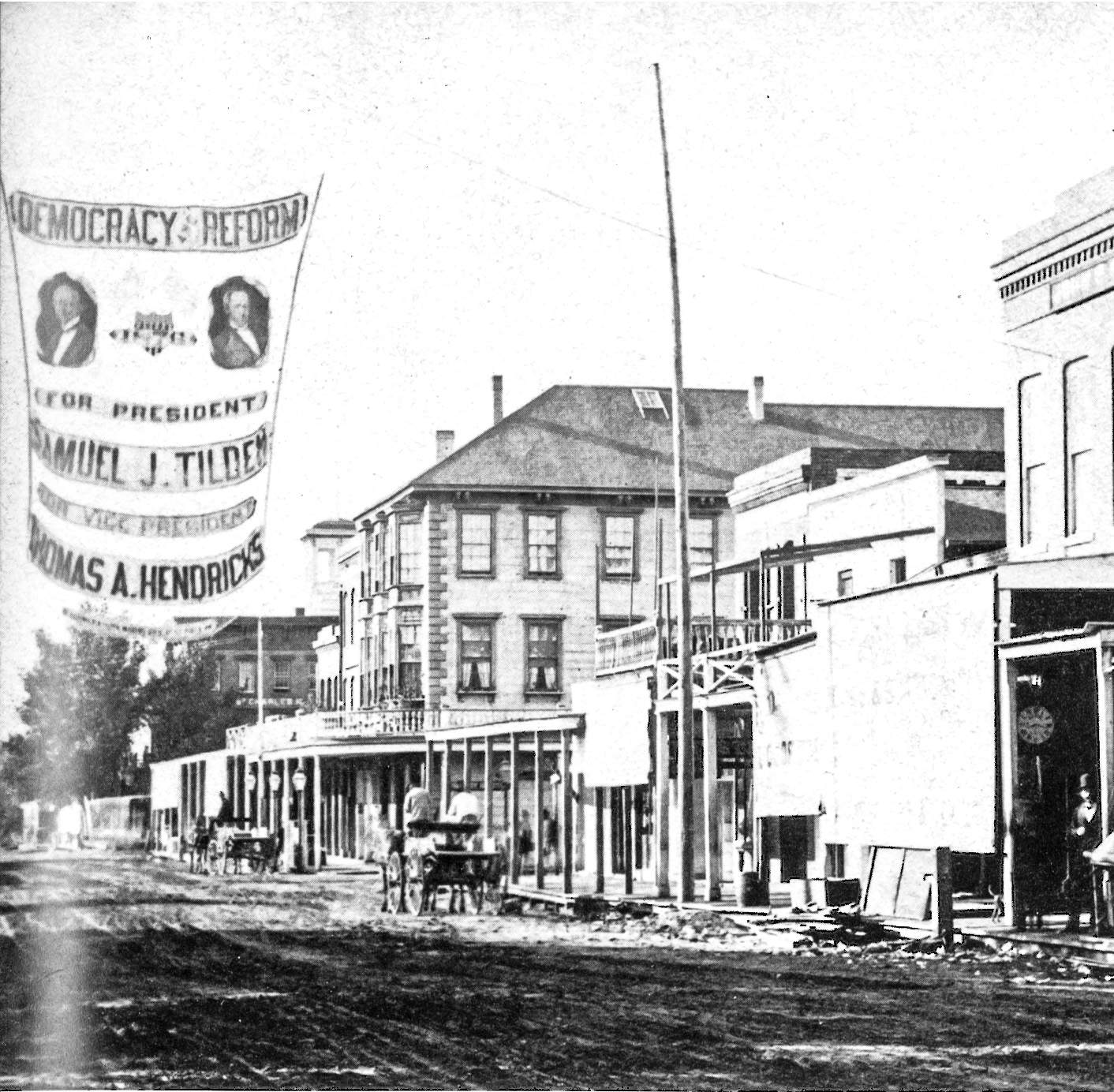 This view looks south down Carson Street, roughly from King Street towards Second Street. The biggest highlight of this picture is the original Ormsby House, looming large at Second Street. A couple of lonely wagons are traveling the dusty road out front. Also notable are the storefronts at the immediate right of the photo, which were torn down early in the 20th century to build the Supreme Court and the Heroes Memorial Building.

The banner stretching over the street endorsing Samuel J. Tilden for President places this photo during the summer of 1876. Tilden won the popular vote that year, but lost to Rutherford B. Hayes in the Electoral College.

This is one piece of a Carleton Watkins stereo pair.