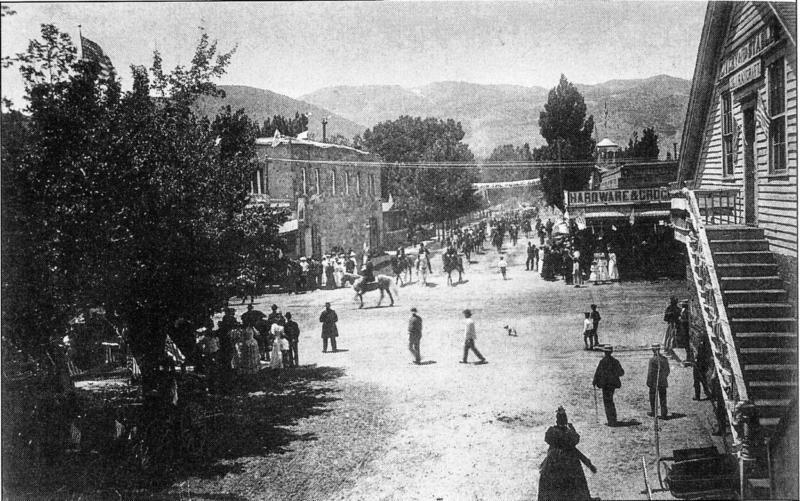 A Fourth of July parade in 1892. We are looking west on Musser Street toward Carson. The parade seems to be routed east down Musser Street, then turning south onto Carson Street to pass in front of the Capitol, which is hidden in the trees to the left. Some of these buildings have been lost. The brick building on the left was the Ormsby County Courthouse (originally Great Basin Hotel). It was removed in the 1920s for a more modern courthouse. The wooden Livery Stable on the extreme right was also removed in the early 20th century. The stone hardware store on the opposite corner still exists though; it was Geo. H. Meyers Hardware for many decades. And rising above it you can see the bell tower of the Warren Engine Company Firehouse. The firehouse still exists though the tower has been removed.