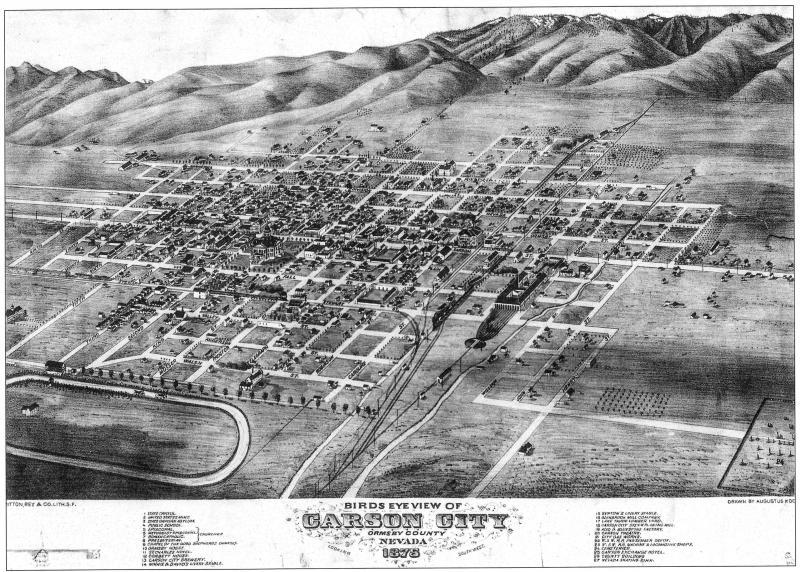 This aerial view of Carson City was drawn by Augustus Koch in 1875, and it's considered to be pretty accurate. Koch was a highly-skilled, Army-trained cartographer, and he visited over 100 communities throughout the United States to produce these "Bird's Eye Views".

All of the town's landmarks are represented here, such as the State Capitol, the U.S. Mint, and the V&T Shops. But Koch drew every little shack in town as well, and indeed every little tree, making this map nearly equivalent to a photograph of town from 1875.