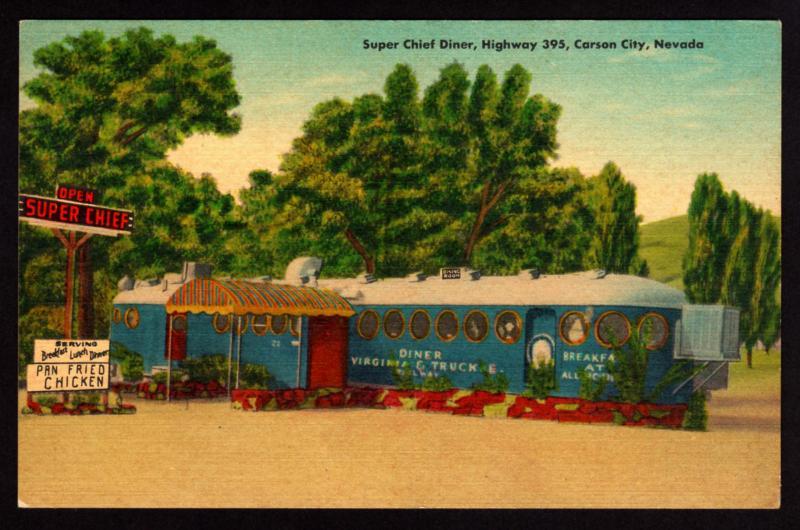 This painted postcard shows the Super Chief Diner in Carson City. The Super Chief Diner sat in north Carson City, at 1510 N Carson Street, the southwest corner of Long and Carson Streets. It wasn't an ordinary diner, though. It was built out of the body of the McKeen Motor Car that ran on the Virginia and Truckee Railroad for 35 years. After the car was retired in 1945, it was converted first into Denny's Diner, several blocks south of here, then into the Super Chief. In 1955 it was moved again, to become offices for a plumbing shop at the south end of town.

The back of the postcard reads "Formerly car #22 of the fabulous VIRGINIA & TRUCKEE Railway. This railroad was built in 1869 and discontinued in 1950. This car is now a high class Diner, operated by Mr. & Mrs. Roy Brown on U.S. Highway #395, North Edge of Carson City, Nevada. They serve only the best in food. Read the history of the famous Virginia and Truckee Railway by Lucius Beebe and Charles Clegg, at all bookstores."