Pride of the West Saloon 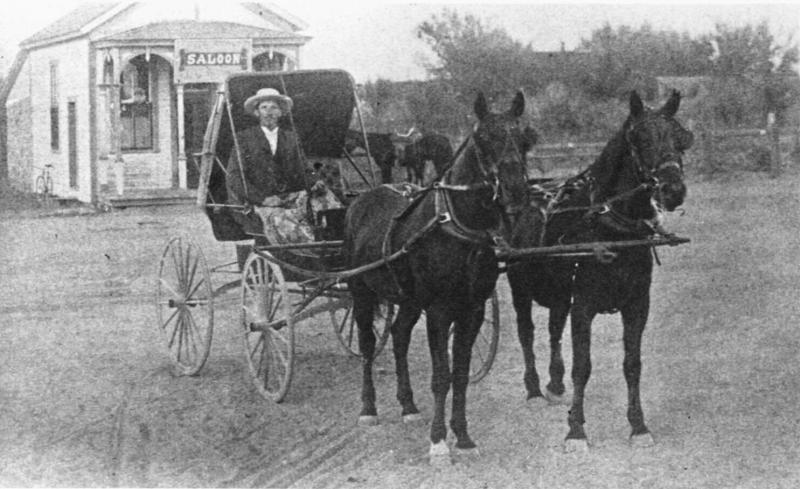 The Pride of the West Saloon sat in Centerville in the Carson Valley, at the corner of what later became Hwy 88 and Centerville Lane. The bar's history is murky, but it apparently was brought down from Virginia City around 1900. It was later known as the Valley Bar. It burned down in 2006.

The buggy driver in front is William Scheele.