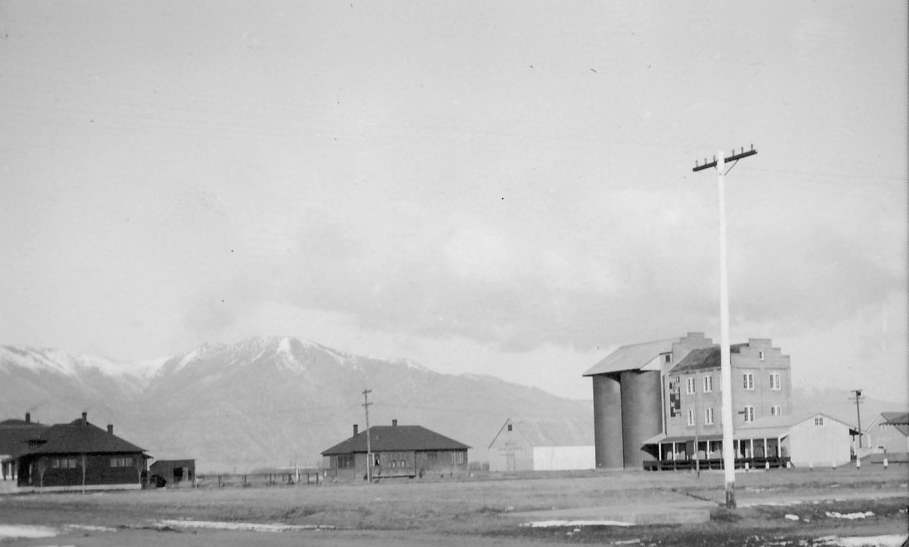 Source Caption: Scanned photograph of the Minden Flour Milling Company to the far right of the photo. A utility pole is on the right. To the far left is the 1909 Neidt home later purchased by Raycraft then Hellwinkel. In the Center is the Henry Beck residence which later was owned by William Maule. To the right of it is the Carson Valley Hay and Produce Company of 1909. In 1923 it was demolished by high winds. North facing view. PROPERTY OF DOUGLAS COUNTY NEVADA â DANGBERG HOME RANCH