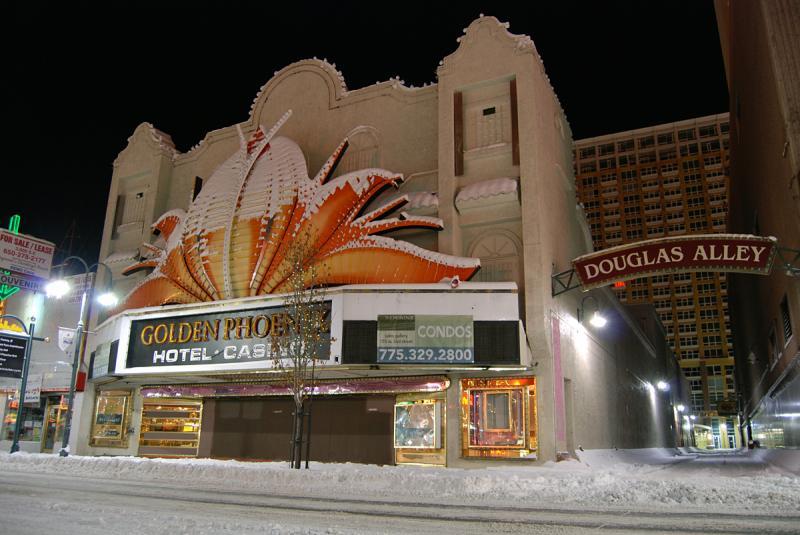 The Golden Phoenix Casino on Virginia Street in downtown Reno. This had previously been the Primadonna Casino. When the Sahara Reno Hotel was built one block away (visible in the background), this casino was connected to the hotel with a skybridge and became the Sahara Casino. It remained connected through the hotel's various name changes, from Sahara to Flamingo Hilton to the Golden Phoenix. The skybridge was removed when the hotel was remodeled into condos, and the casino later became known as Siri's. Here in 2009 it was boarded up but it still retained the flower neon from the Flamingo.