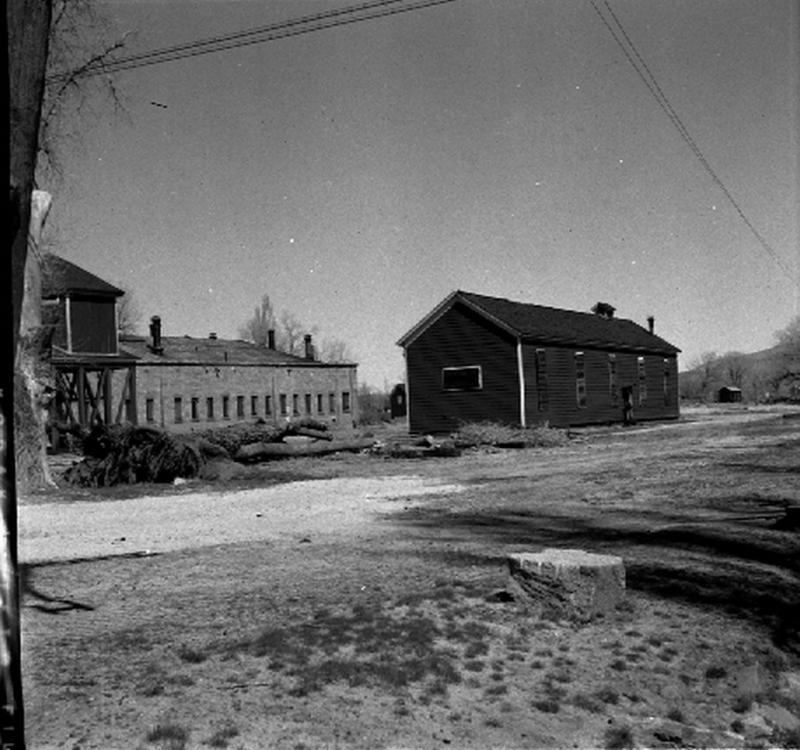 This photo by John Nulty shows the Carson City yards of the Virginia and Truckee Railroad in the early 1950s. The final run of the V&T was May 31, 1950, and the tracks were taken up soon afterwards. This shows the remnants after the rails were removed. This photo was taken roughly from the Carson City depot. In the back the south wall of the stone enginehouse can be seen, and the oil tank on the far left. The large dark building was a car barn, I believe where the McKeen Car was stored.

Source Caption: Undated picture from the John Nulty Collection at the Nevada State Library and Archives.