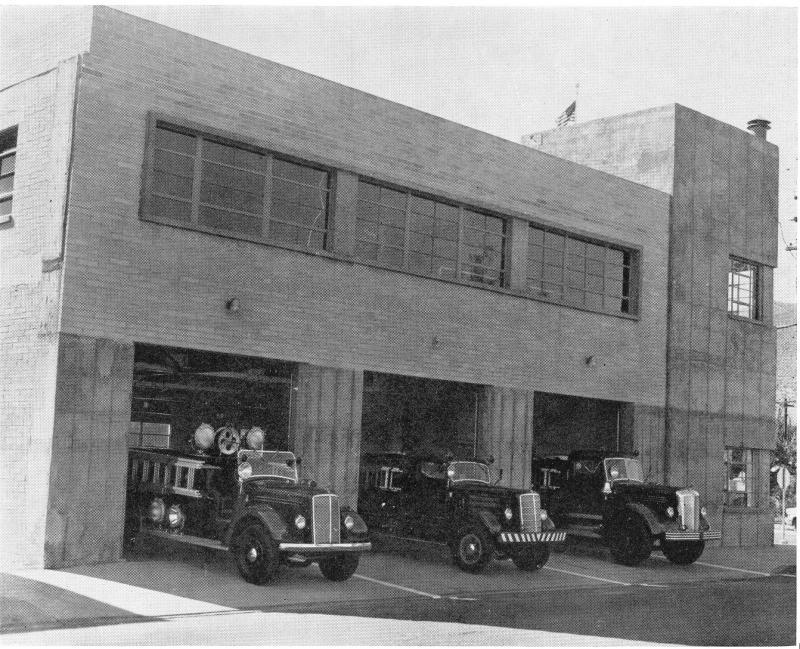 This fire station was located at 111 N. Curry Street in Carson City, at the southeast corner of Curry and Musser. It was built in 1954 when the Warren Engine Company outgrew their one-bay firehouse across the street. This building was used by the Warrens, and later the Carson City Fire Department, until 1994, when a five-bay station was built on Stewart Street. After that, the building stayed abandoned for over a decade until it was torn down in October 2005. Now the site is used as parking for the nearby office buildings.

Source Caption: The old Warren Engine Company firehouse in Carson City, Nevada, from an undated picture in the Nevada State Library and Archives.