Carson Street Between Second and Third 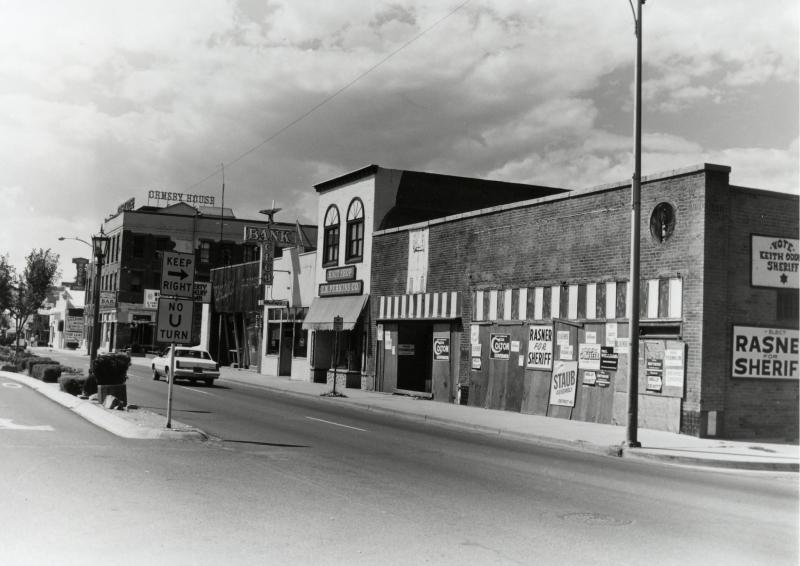 This view looks southwest at the businesses along Carson Street, between Second and Third in 1982. At the left, in the background, you can see the Ormsby House at Fifth Street. In front of that is the St. Charles Hotel at Third Street, which at the time was known as the Pony Express Hotel. Jim's Jungle Bar was located at the corner. Across the street was Millard Realty, then Liberty Jewelry and Loan, the Bank Club bar and the Knit Shop and E.M. Perkins Co. The building closest to Second Street, at the far right, is abandoned. It sits on the site of the old historic Ormsby House. In 1982 it was plastered with political signs for the upcoming election. Some of the names represented here are Colton for Governor, Staub for Assembly, Rasner for Sheriff, Blakemore, Franklin, Wally DeWitt, and even Bob Cashell, who was elected Lieutenant Governor that November.

This was also Austins market

Next to Austin's Market,was the Electric Service of Carson. Owned and operated by the Pollastros. 204 S. Carson. Also further south down the block was the home of Mercury Cleaners, 218 S. Carson.