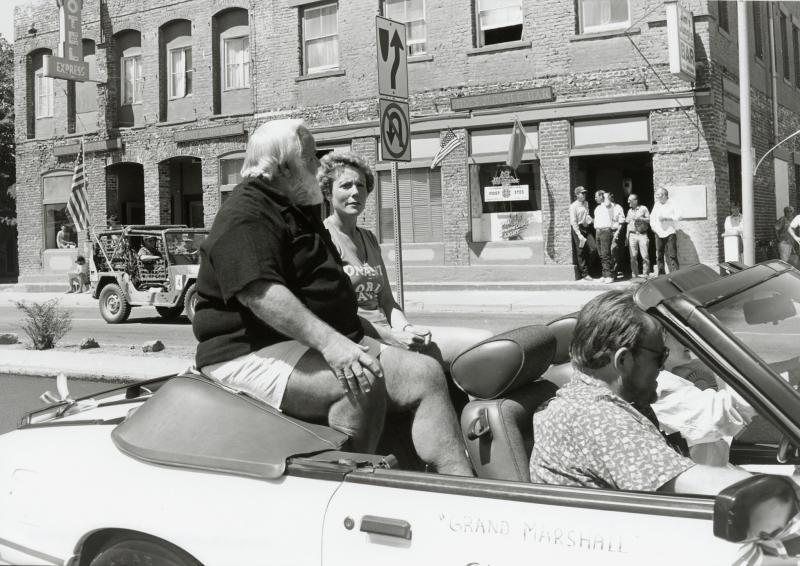 In this shot from 1990, the Grand Marshall's car rolls by the St. Charles Hotel to begin an unidentified parade. This can't be the Nevada Day parade, because they're going the wrong way. On Nevada Day they run north to south. It's possible this was a Fourth of July parade; other parades had been held on the 4th during the 80s, and they ran south to north, like this one. Plus, how many people would be in short sleeves and shorts on Nevada day? The Grand Marshall is unidentified too; anyone know him?

The secondary subject of this photo is the St. Charles Hotel itself, seen in the background here, still looking rough. Since the 1950s it had been called the "Pony Express Hotel", and it looks like it had been longer than that since it had been painted. On the ground floor to the right is Jim's Jungle Bar, where a bunch of folks are hanging out watching the parade. To the left is the Hong Kong Restaurant; a kid is watching the parade from inside the window. A couple of years later, the hotel was renovated by Bob McFadden.