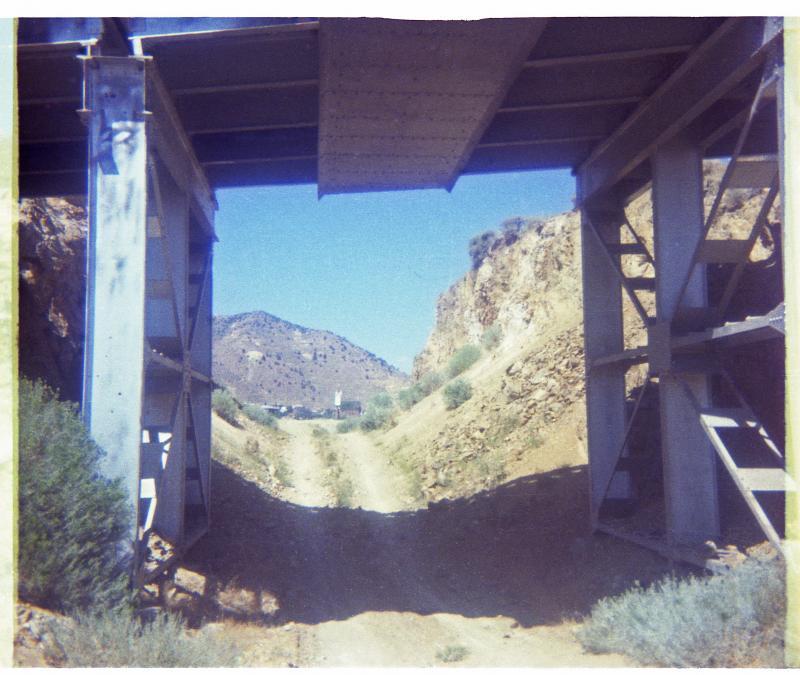 Tunnel #5 along the Virginia and Truckee Railroad, where the track enters Virginia City. The tunnel was cut through a hard rock ridge here and formerly had a rock ceiling as well. The tunnel was daylighted for the construction of the Highway 341 overpass. The tracks were removed after the V&T abandoned its Virginia City operation in 1938, and the former right of way became a jeep trail. Later in the 1970s Bob Gray relaid the tracks here, and now the trains of the reborn V&T pass through this same spot.

Source Caption: Looking northward along the former Virginia and Truckee Railroad grade just south of Virginia City at the Highway 341 (Occidental Grade) overpass - Summer 1970. Virginia City can be seen in the distant background. The steel plate overhead was probably installed to deflect smoke from the locomotives. The tracks of the new V&T have replaced this dirt trail, and the deck of the highway overpass has been rebuilt. Scanned from a Kodak Instamatic negative.