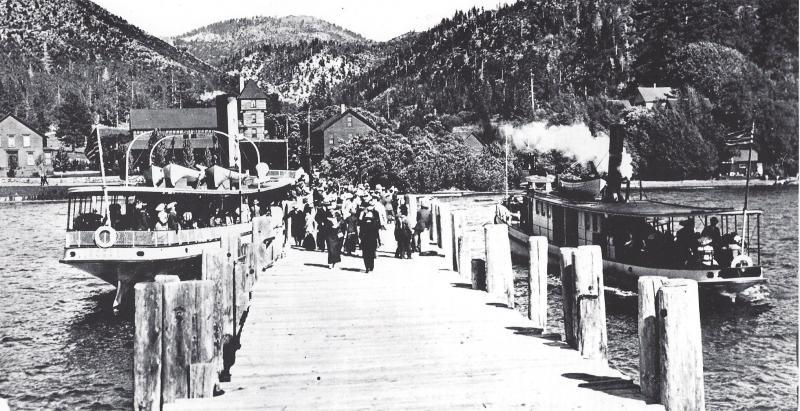 Two steamers tied up at the at Glenbrook pier. The S.S. Tahoe is on the left and the S.S. Nevada is on the right.

Source Caption: Interesting question Gary I found the answer in the Glenbrook chapter of Saga LT2. The picture shows both the Nevada and the Tahoe meeting at Glenbrook with folks transferring ships because one went one way and the other went the other way. The stops didn't change too much over the years. The Tahoe left Tahoe City in the morning going counter clock wise with stops at McKinney's, Homewood, Emerald Bay, Tallac and Rowlands. After Rowlands moved to Bijou she would have stopped there, Lakeside and Zephyr Cove. I didn't list all the stops because there were many. The Nevada went from Tahoe City north probably had the same stops as the Tahoe. Before the Tahoe the Meteor was the primary mail carrier around the lake.