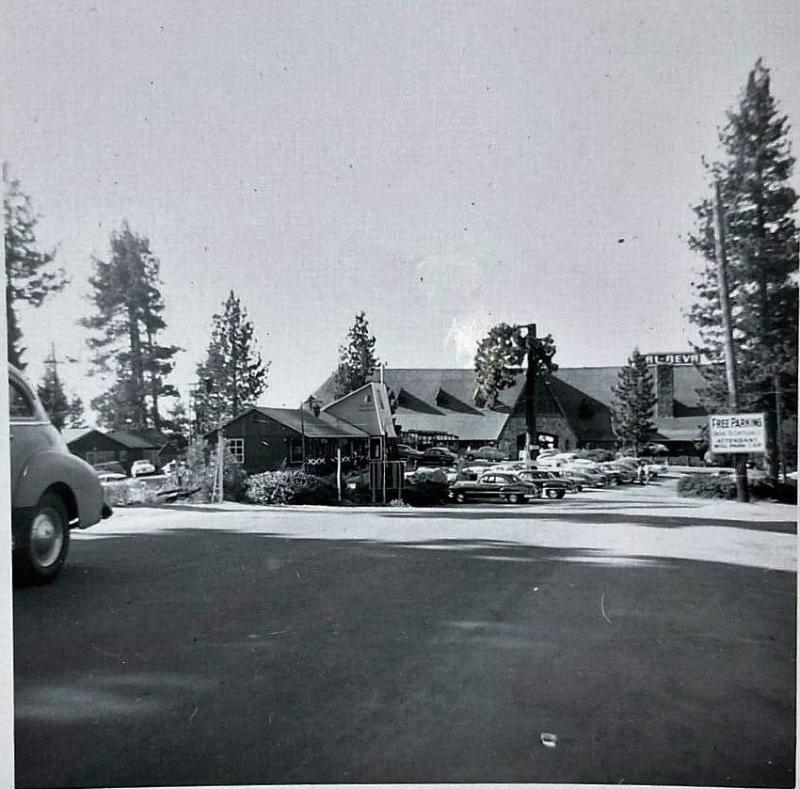 Source Caption: "Half in California ~ Half in Nevada" Tourist snapshot of the Cal Neva Lodge at Lake Tahoe state line c. 1954. In 1960 legendary crooner Frank Sinatra bought the Cal Neva with several silent partners one of which was rumored to be Chicago Mob boss Sam "Momo" Giancana. Later funds for expansions were thought by the FBI to have been obtained through Jimmy Hoffa's Teamster Funds. At one point Giancana was spotted on the property resulting in the Nevada Gaming Control Board to suspend Sinatra's gaming license as Giancana had been banned from entering any casinos in the state of Nevada.