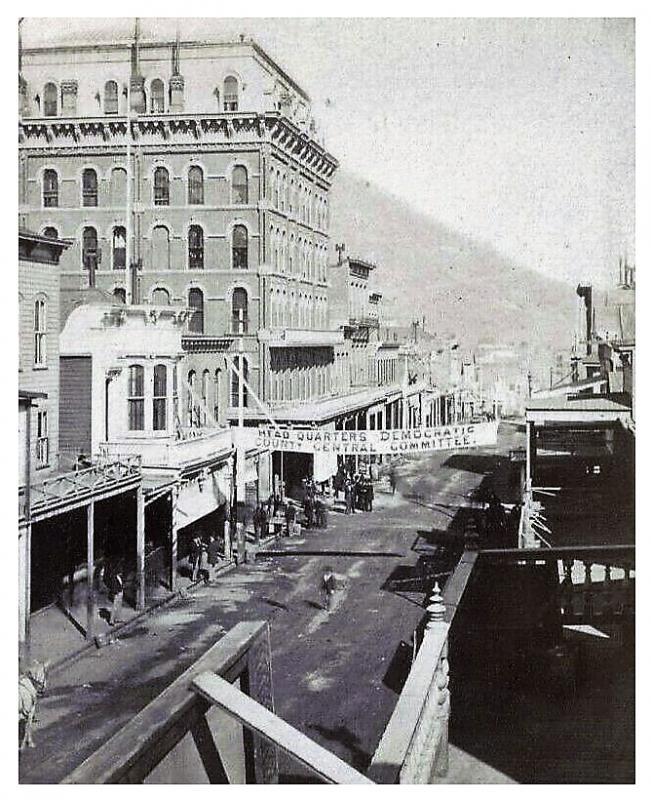 C Street in Virginia City in the 1880s, seen from a second floor balcony. A block away on the left is the International Hotel, at the corner of C Street and Union.

Source Caption: View along C Street in Virginia City, Nevada c. 1880. Banner over the street reads "Headquarters Democratic County Central Committee" Photographer unknown Virginia City developed as a boomtown with the 1859 discovery of the Comstock Lode, the first major silver deposit discovery in the United States, with numerous mines opening. The population peaked in the mid-1870s, with an estimated 25,000 residents. Nevada became the 36th state on October 31, 1864, after telegraphing the Constitution of Nevada to the Congress days before the November 8 presidential election (the largest & costliest transmission ever by telegraph). Statehood was rushed to help ensure three electoral votes for Abraham Lincoln's reelection & add to the Republican congressional majorities.