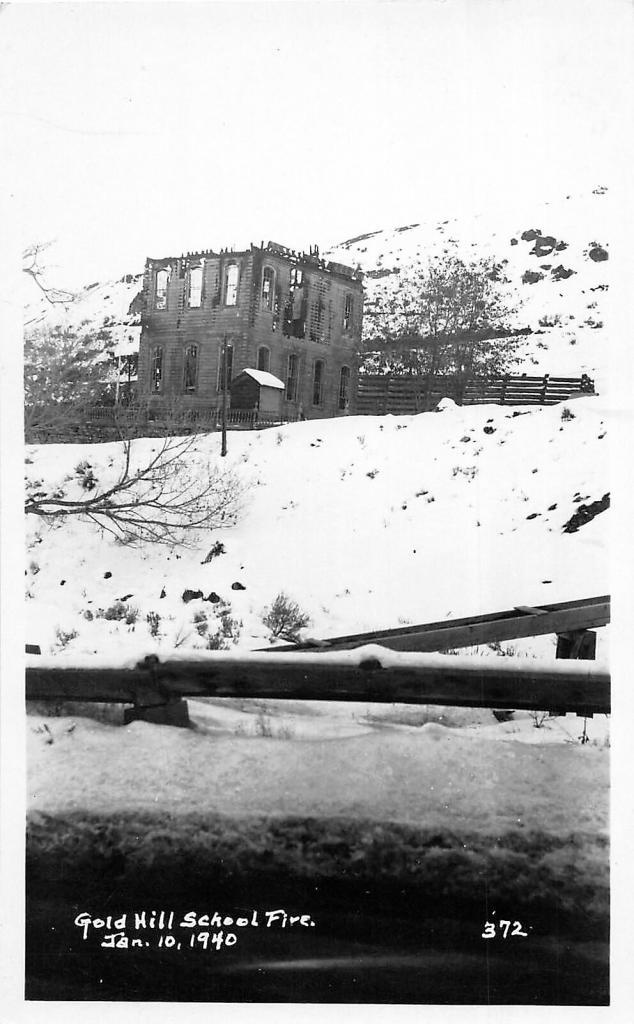 The Gold Hill School in Gold Hill, after a fire in 1940. Only the northern wing of the school remained standing after the fire.

Source Caption: What remains of the picturesque old Gold Hill School, a towering wooden structure in Gold Hill, Nevada built in 1873, that was burned to the ground tonight by a fire which broke out in the upper stories & raged for three hours despite the efforts of hundreds of volunteer firemen. The blaze apparently started from a defective chimney in the attic & seemed to spread from the south end to the rear of the ancient building. The flames were discovered about 8 p.m. Virginia Cityâs fire truck & numerous volunteer firefighters rushed to the scene, although handicapped by almost two feet of snow. The only piece of fire apparatus in Gold Hill is an old-time hand-drawn horse cart, which was not used.