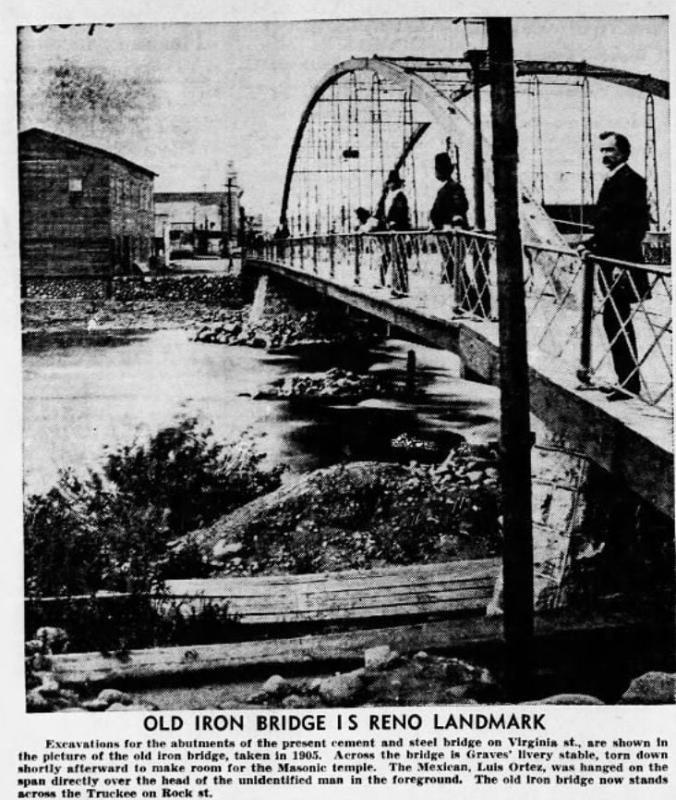 The Virginia Street Bridge over the Truckee River in Downtown Reno. This iron bridge was built in 1877 and in 1905 it was replaced with a concrete bridge. This bridge was moved to Rock Street, a few blocks east of here. Rock Street is now known as Ballpark Lane and no longer has a bridge over the river. Graves' Livery Stable is across the river on the north shore.

Source Caption: In 1891 Luis Ortiz and a part time police officer named Dick Nash are involved in a scuffle. Nash is shot by Ortiz and the latter is arrested and put in the county jail located at the courthouse just south of the Iron bridge on Virginia Street. The Reno Evening Gazette tells its readers that Ortiz should be hanged to the first lamppost. On September 19, 1891, a crowd of approximately one hundred men came to the jail and got Ortiz out of his cell. The crowd lynched Ortiz from â¦ See More