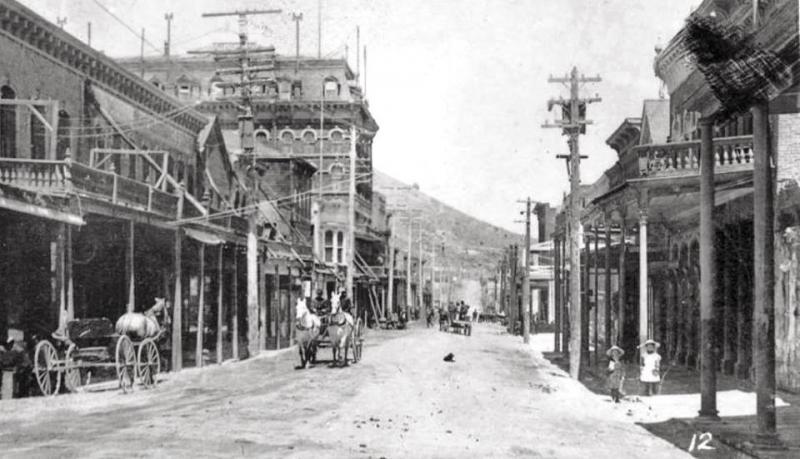 A view of C Street in Virginia City. In the distance on the left is the International Hotel.