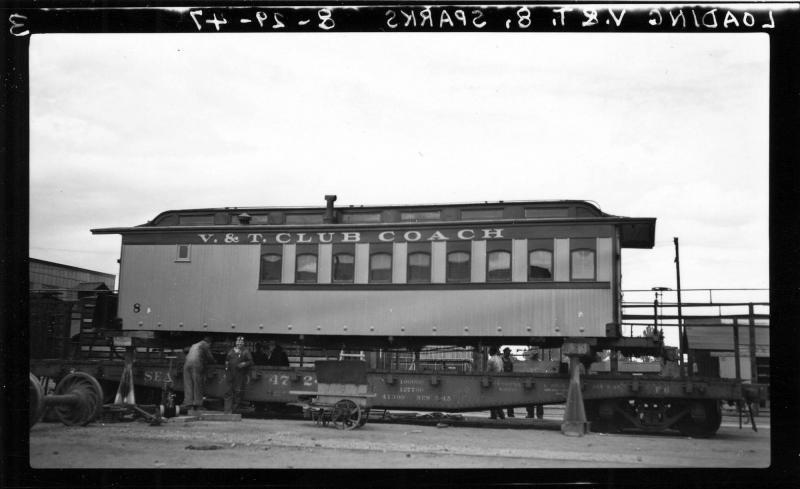 Virginia & Truckee Coach #8 was originally Coach #1 in 1869. It was later rebuilt and renumbered. In the 1940s it was converted to a Club Coach, "Julia Bullette". Here, in 1947, it is being loaded onto a flat car to be taken to Hollywood to be put to work for a film studio.

Source Caption: 1947: Virginia & Truckee "club coach" 'Julia Bulette' [an honorific name bestowed by Lucius Beebe and Charles Clegg, not the V&T, in the late 1930s] was being readied at Sparks, Nevada for her "one way" trip to Los Angeles film studio service. The real Julia Bulette had been a 19th century English-born Virginia City "courtesan" who was notoriously murdered in January 1867.The car was originally built by the V&T in 1869 as a "caboose coach" (V&T parlance) or combination caÃ¢â¬Â¦ See More