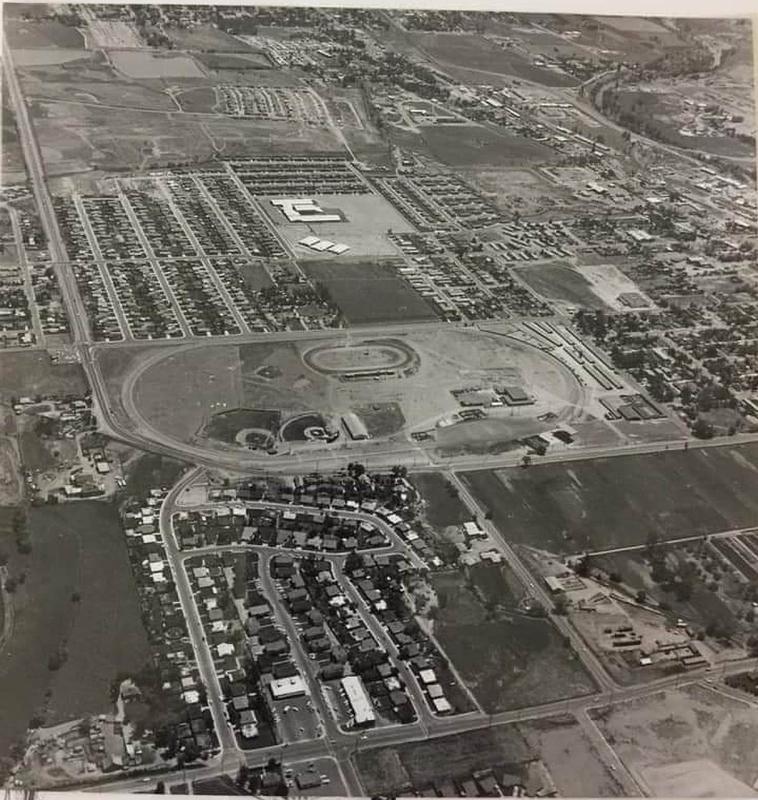 An aerial view of the Nevada State Fairgrounds in Reno on Wells Avenue. This was later known as the Livestock Events Center. Some of the surrounding neighborhoods are seen too, as well as a lot of empty land that was later built over.

Source Caption: NEVADA STATE FAIRGROUNDS Like a majority of all fairgrounds track, this one was no different. It was originally a horse racing track that dates all the way back to the 1880s. It began as a 1 mile track that first saw motor racing in 1904. Over the next 25 years, it was used only a handful of times for autos and motorbikes. From the 30s, they ran a little more regularly during the fair periods and that ran all the way through to the ban of motor racing for WWII. From 1950, they ran more regular racing. The track was put under the name of Reno Raceway. Racing consisted on midget racing that was sanctioned by BCRA, motorbike events and later on raced stock cars. This ran through to 1971. Different variations of racing have taken place on the land after the track was built over the top of.