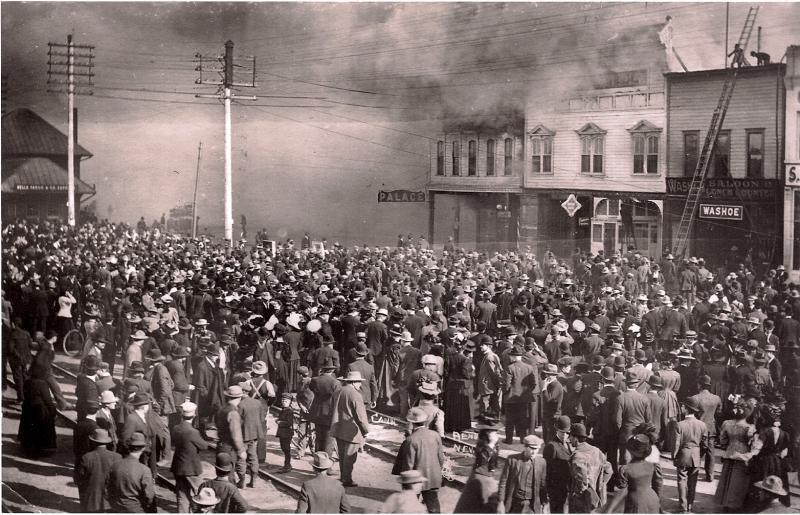 A fire at the Palace Gambling Hall in downtown Reno in 1909.

Source Caption: The March 1, 1909 Palace Club fire on Commercial Row and Center Street in Reno and its aftermath. The Palace Club opened for business in 1888 as a gaming club with a substantial bar. At the time of the fire, it was the largest gaming establishment in the State of Nevada. Reno firefighters can be seen working on the roof on the right with another firefighter ready to ascend the ladder. At upper left, barely visible through the smoke, is the Reno Fire DepartmentÃ¢â¬â ¢s horse-drawn 1904 3rd size ladder truck, built by the International Fire Co. It was acquired a few years ago and is being restored by the non-profit Reno Fire Antique & Classic Apparatus organization. Despite the devastation the Palace Club was rebuilt and reopened just prior to the famous Johnson-Jeffries fight, and served as the headquarters for that bout, and continued its operation until 1979.