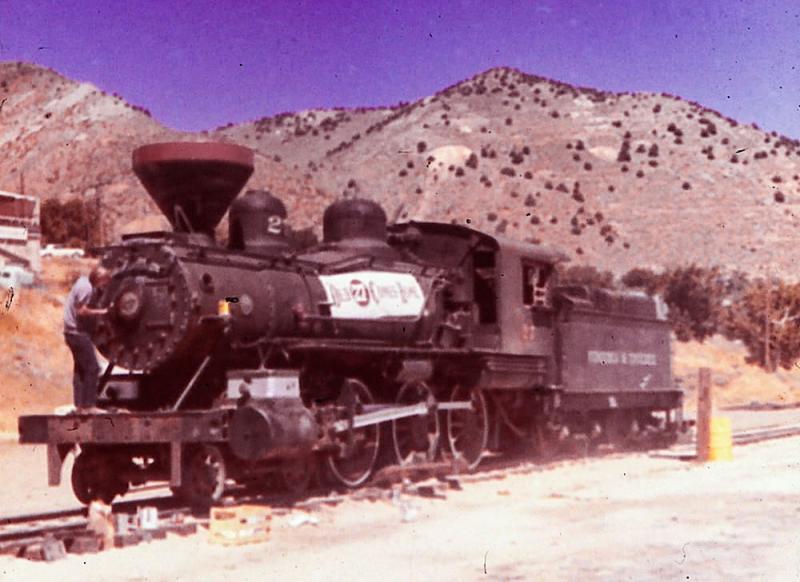 In the 1970s and 1980s, Virginia and Truckee Locomotive #27 was on display in Virginia City. It was displayed on the former site of the railroad's passenger depot. Here there is a banner that says "Old 27 Comes Home," in celebration of the engine being relocated from being on display in Carson City. In 1993 it was moved to the Nevada State Railroad Museum where it underwent a cosmetic restoration.

Source Caption: "Old 27 Comes Home" was the banner on No. 27 as it sat in Virginia City in the late summer of 1971. Note the fake stack still there, and a missing pilot. These are pictures I took at age 15 with my "Kodak Instamatic". My family would take occasional trips to VC from where we lived, near Sacramento (my father was a brakeman on the Nevada Northern, up to WWII, and my grandfather was a conductor in the 1930s and 40s--they lived in Ely).