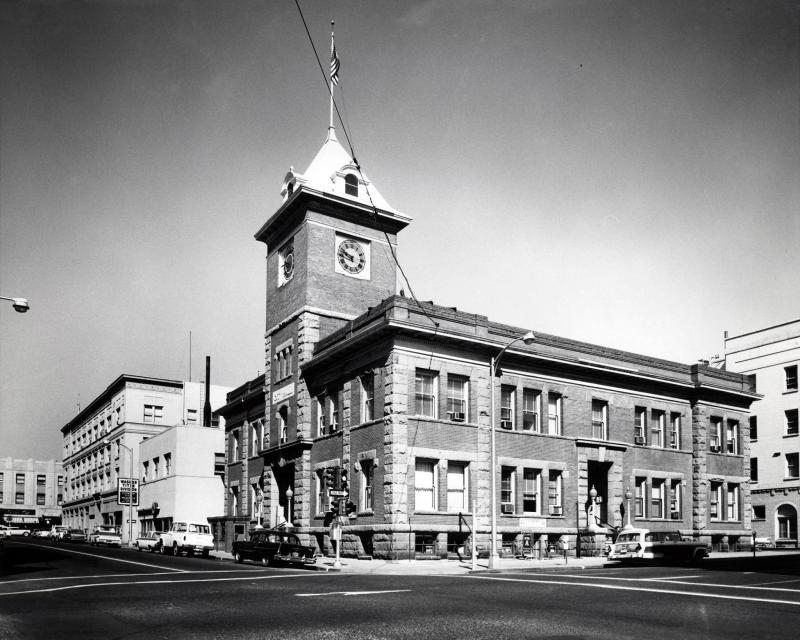 Reno City Hall at the northwest corner of First and Center streets in downtown Reno. To the left of it are Washoe Title Division and the Nixon Building.