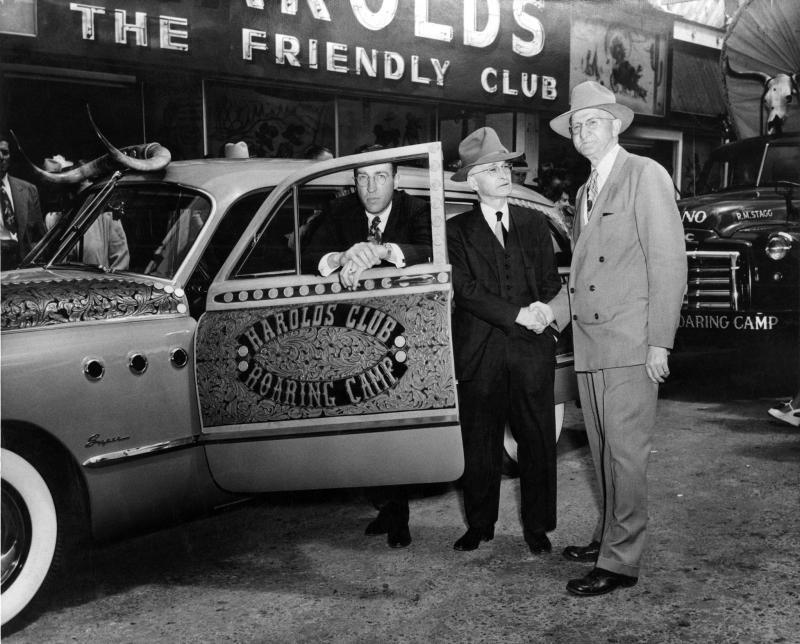 The man framed in the car window is Harold Smith, owner of Harold's Club. He and his father Raymond I. "Pappy" Smith, the tall man in the hat, are posing with their silver-dollar-encrusted station wagon, and with George Southworth (middle), another downtown Reno business owner.

Source Caption: Standing in front of Harolds Club around 1949 are, from left, Harold Smith, George Southworth (who owns Southworth's Cigar & Pipe Shop across the street), and Raymond I. "Pappy" Smith, posing next to a new station wagon trimmed with silver dollars. In the background at right is a truck with a covered wagon from Raymond M. Stagg's Roaring Camp (a nightclub on Lake Street filled with antique guns and wagons, which "Pappy" Smith recently purchased and merged with Harolds Club).