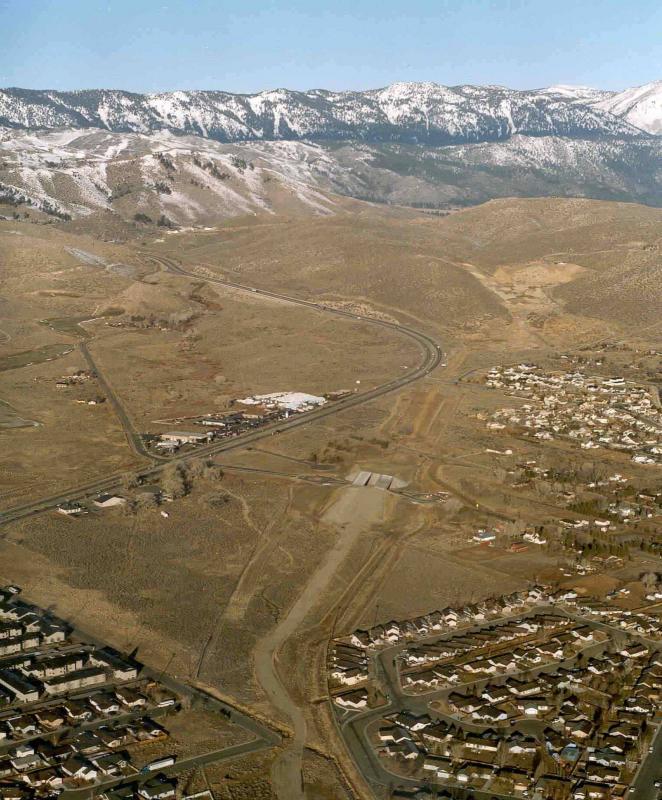 An aerial view of the northern end of Carson City. Construction on the Carson City Freeway has just begun. You can see a cleared path along the future route of the freeway, and work on the Arrowhead overpass. Also notice this is before the Carson-Tahoe Hospital was built.

Source Caption: #TBT: My, how youÃ¢â¬Ëve grown! Here's the northern end of the Carson City Freeway first under construction in the early 2000s. Since then, we've constructed nearly ten miles of new interstate connecting Carson City and the region. And this Saturday, you can get a sneak peek at the soon-to-open last leg of the freeway during our community fun run: http://bit.ly/2tDv6UX Carson City Nevada Government Nevada Appeal