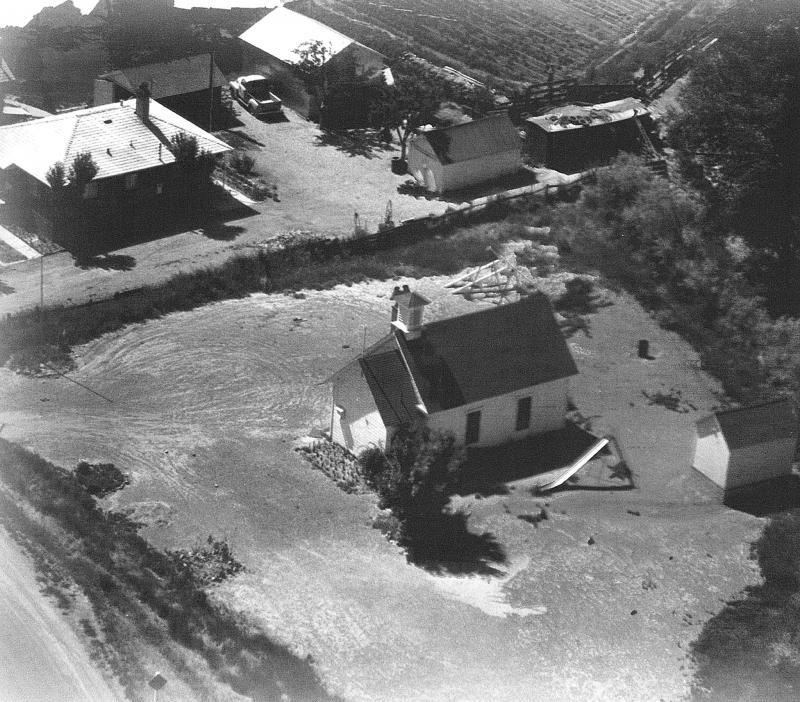 An aerial view of the Glendale Schoolhouse when it was near the Truckee River in Sparks. The school was later moved to Victorian Square and preserved as a museum.

Source Caption: So over in Sparks NV we have great shot of the old Glendale School. I don't know the year of the photo, but its a nice shot of the school in its natural state. I don't know where it was originally, my best guess is somewhere out on Glendale Ave, others will know. I'm told Sparks began developing around 1857 and did well in its growth having established a river crossing there. Was it George Stone and Charles Gates that settled and established a river crossing? As I understand it so far it was the only school within a 10 mile radius. Kids rode horse to get to school. Evidently at one time the town was almost called Glendale. The school still exists sitting over on Victorian Ave just as pretty as a peach. (History of Sparks, Centennial Edition)