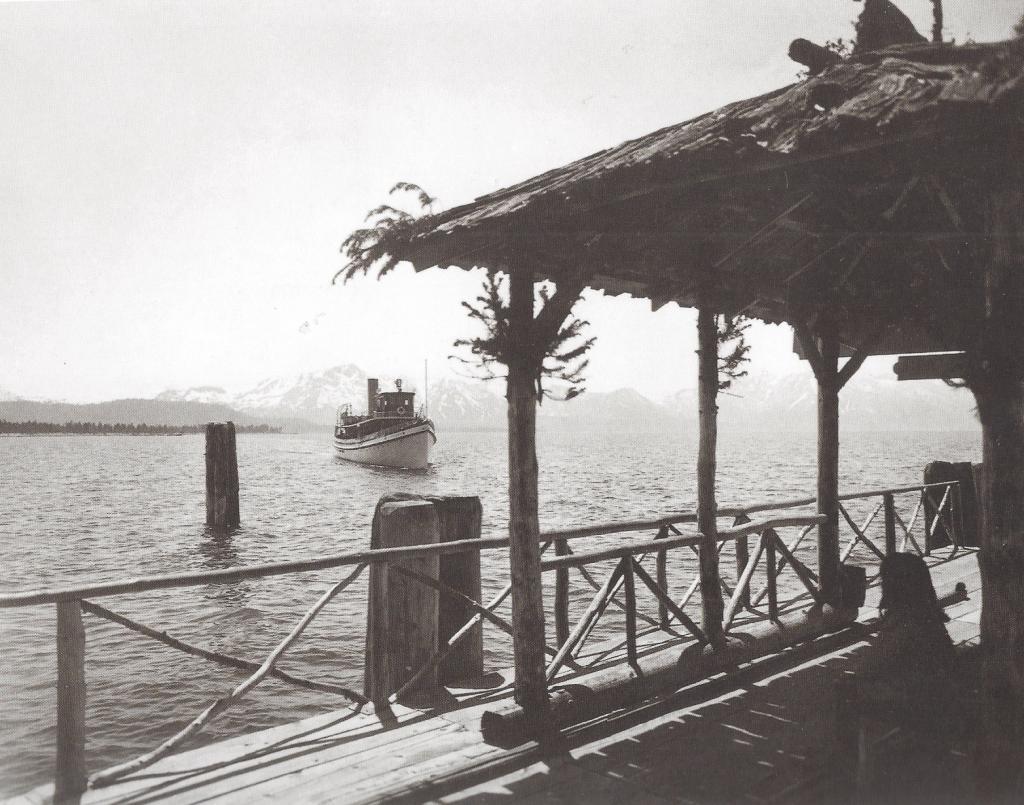 Lakeside Park was a beach and pier located right near the California-Nevada state line at South Lake Tahoe. In this photo the steamer S.S. Tahoe is arriving at the pier.

Source Caption: On the south shore of Lake Tahoe later known as Stateline, California was called Lakeside Park. Stateline Beach was known as Lapham's Landing before it was called Lakeside Park. Back in the late1800s much of travel around the lake was by boat just because it was just easier so the landing had a lot of activities such as mail, supplies and people. (Saga LT 1&2) Putnam and Valentine photo.