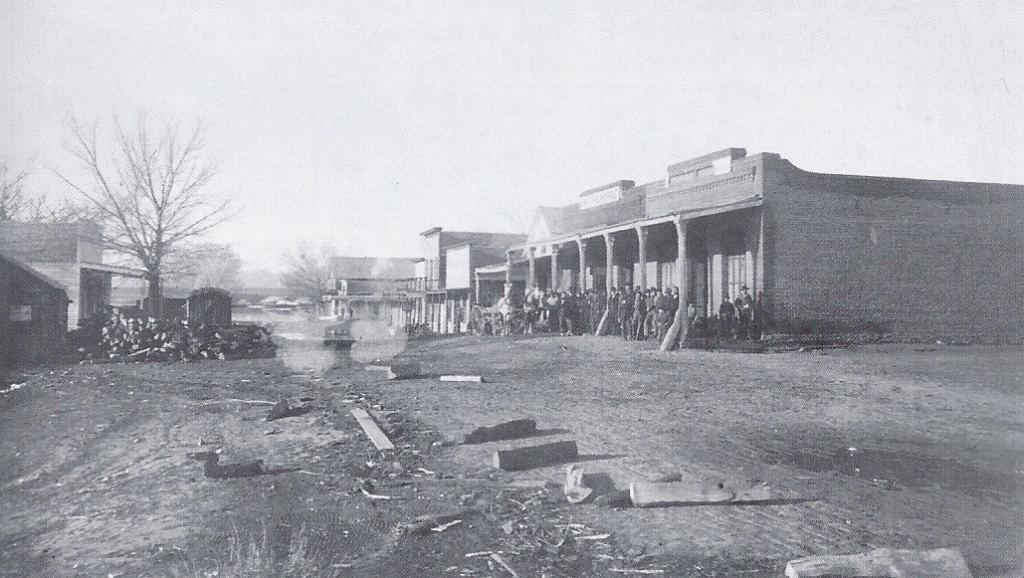 The city of Empire, in the Eagle Valley east of Carson City.

Source Caption: Empire City just east of Carson, from what I understand was established around 1860 by Nicholas Ambrose. There was a station called Dutch Nick's on old overland road right were the road was closest to the Carson River. There were many mills built along the river to process ore. I think there may still be some remains of the Mexican Mill although I haven't been down to check. (Nevada Historical Society)