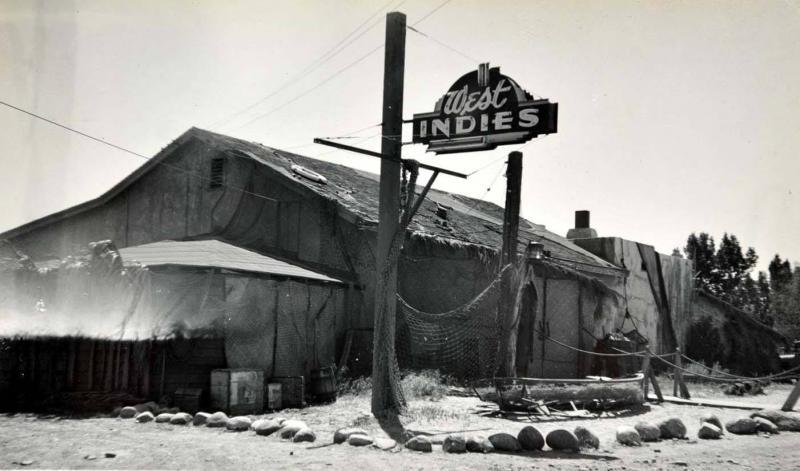 This photo is believed to be the West Indies Club bar and restaurant in Reno. The address was 5560 South Virginia Street. The book "The Rise of the Biggest Little City: An Encyclopedic History of Reno Gaming" goes into more detail.

"The West Indies Club opened on July 27, 1944, as a restaurant featuring Chinese and American food. It wasn't until 1945 that a 21 game was licensed there."

"The West Indies was closed in 1954 when Raymond I. Smith of Harold Club purchased the two parcels of land where the West Indies was located. The business later reopened, and over the years several restaurants and bars operated there. The building was razed in 1998. The empty lot is about twenty yards north of the northeast corner of Meadowood May Wall and South Virginia Street."