Virginia and Truckee on Display 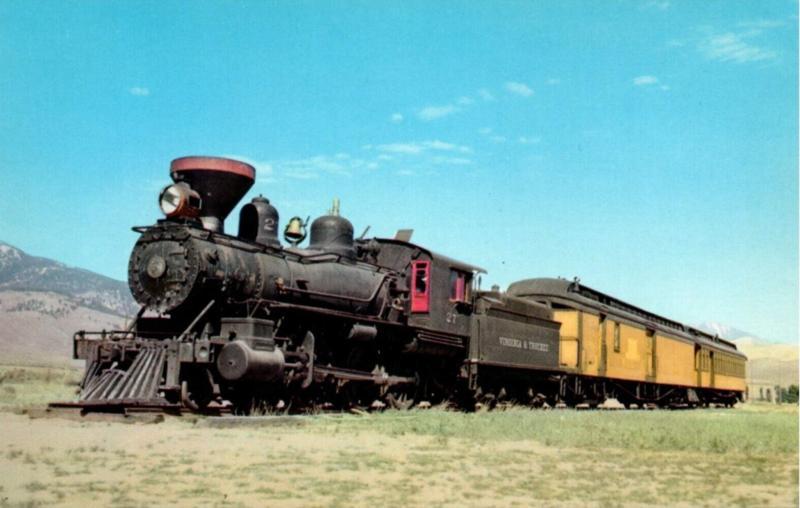 After the V&T Railroad ceased operations, Engine #27 was put on display at various spots around the area. Here it is on display at the north end of Carson City, along with Combination Car No. 18 and Mail, Express & Baggage Car No. 21. These three pieces of equipment ran on the final day of operations, May 31, 1950. They were donated to the State of Nevada afterward. In 1955 they were placed here in north Carson, where they stayed until 1961 when vandals lit a fire inside the train cars.

Source Caption: When I was a kid we used to ride our bikes out to the airport and there were 4 train cars out there that we played on, I think these are them. You will notice that there are no tracks except for the ones under the train. The cars were separated, and sitting perpendicular to the engine and coal tender when we were there. This postcard is from the 60's, not sure when the Photo was taken. Help me out old timers/ history buffs Jed, Kelly, Lynn, are these them? And are they in the train museum?