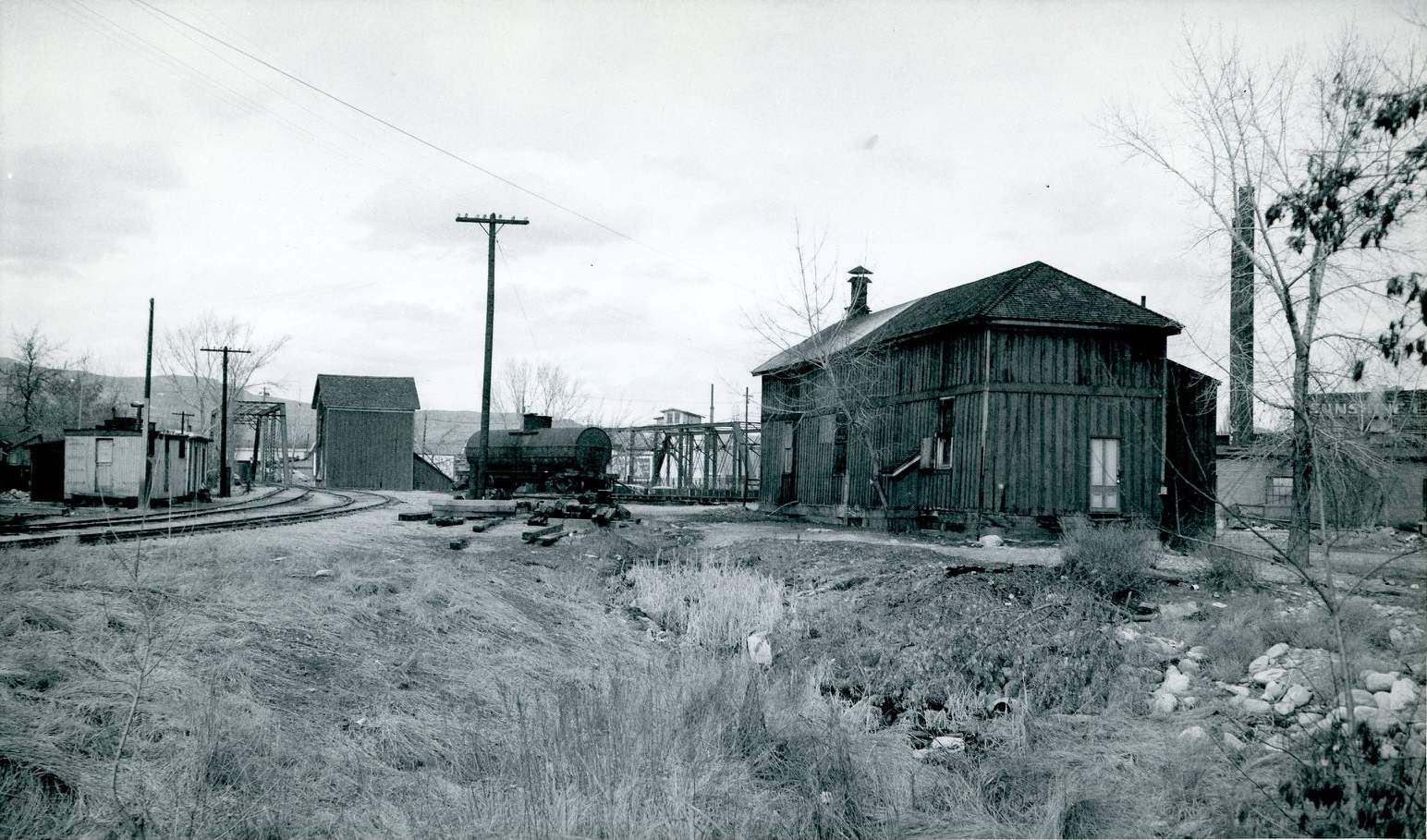 A look at the Virginia & Truckee's Reno railyard on the south side of the Truckee River. This site sat near modern day Holcomb Avenue and Mill Street. The large building on the right is the enginehouse where the V&T would park locomotives for the night. Looking to the left you can see the turntable, an oil tanker car, and the water tank. In the distance is the iron bridge over the river. On the far left is a boxcar that seems to have had its wheels removed.

Source Caption: This view is of the Virginia & Truckee's enginehouse and facilities in Reno in 1949. The enginehouse was located just south of the Truckee River near Mill Street and Holcomb Avenue. Today, the National Automobile Museum would be to the left in this photo. This photo comes from an engineering report on the V&T completed in 1949. Robert A. Allen, a professional engineer and former member of the... Nevada Public Service Commission, was hired by the V&T to assess the current physical condition of the railroad and determine what would be needed to rehabilitate the line. V&T Attorney and Board Member Duncan A. McLeod hoped an independent assessment of the line would strength the argument for the line's abandonment. The report's recommended upgrades, from replacing the worn out rails to purchasing new motive power, were estimated cost over $2 million, which was well beyond the financial means of the V&T. The report was submitted at a joint hearing of the Interstate Commerce Commission (ICC) and the Nevada Public Utilities Commission at Carson City, during May 2-4, 1949. On April 19, 1950, the ICC granted permission for the V&T's abandonment. Photo by John Stiles. NSRM collection.