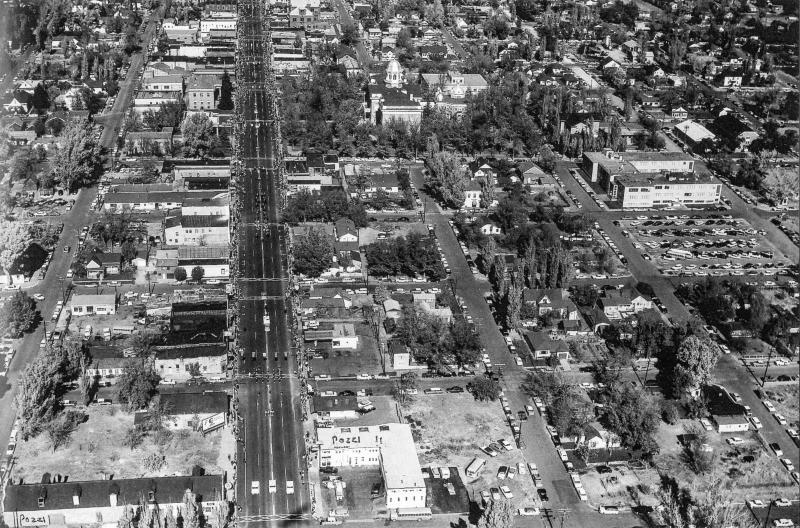 An aerial view of downtown Carson City, taken during the Nevada Day Parade in 1952. The view looks north along Carson Street, from 6th Street at the bottom up to around Robinson at the top. Many downtown landmarks can be seen. The Pozzi Motor Company building is marked at the bottom. Next door to that is the Dairy Queen. Across diagonally from that is Jack's Bar. The St Charles Hotel can be seen along the left side of the street. The Nevada State Capitol Building is very obvious in the distance, and the Nye Building to the right of it. The neighborhood south of the Capitol that was later demolished for the Legislature Building is shown in fine detail also.