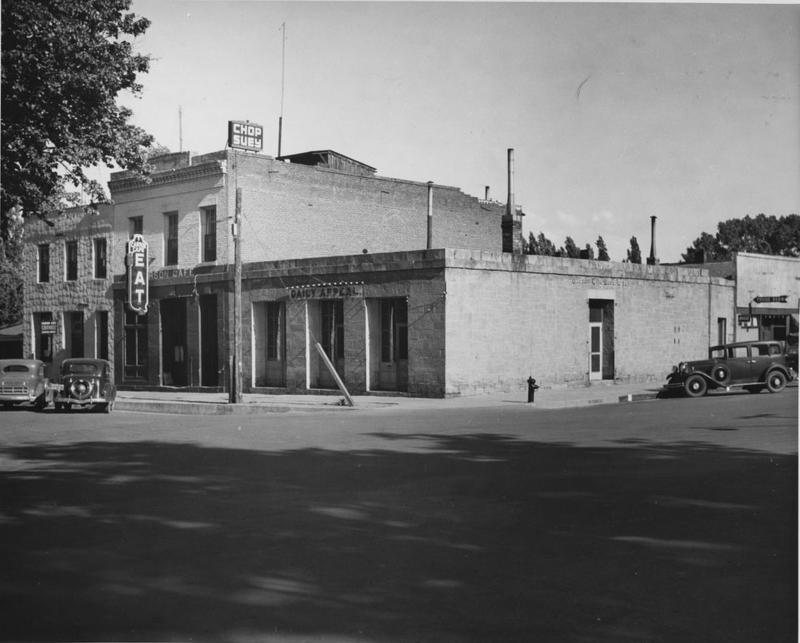 This block of buildings at the southeast corner of Carson and Second Streets were Carson's old guards. They dated back to the early frontier days of the town, and actually appear in one of the very first photos taken of Carson City, this one from 1863-65. In 1935 they were still standing, across the street from the Capitol Building to the left and the old Ormsby House to the right.

The low building at the corner housed the Carson Daily Appeal, the town's daily newspaper. It had been there since its first printing in 1865. It later moved into larger quarters and was renamed the Nevada Appeal. It is still going strong today. Next door is the Carson Cafe, with a big "EAT" sign by the street and a "Chop Suey" sign on the roof.

This sleepy corner was devastated around 1970, when it was all demolished to build the Capitol Plaza between the Capitol and the new Legislative Building. A great loss to Carson's history.