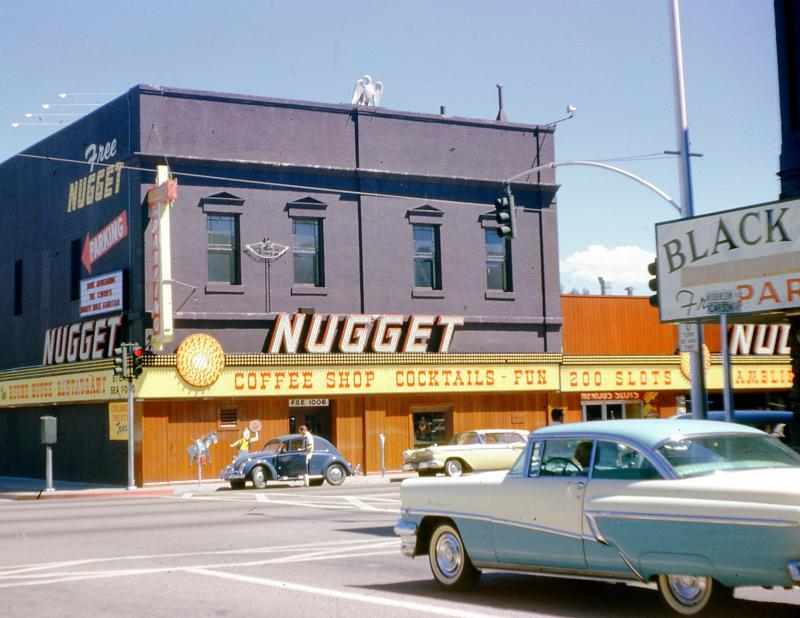 The Rosser Building (also known as the Schulz Building) downtown at the corner of Carson and Robinson, housing the Carson City Eagles Lodge with signs for the Nugget on it. Abe Curry's eagle statue is perched on the roof. The Carson Nugget is to the right. The Rosser Building was built in 1873 by John Rosser, a local butcher. The building was taken over in 1880 by Otto Schulz, another butcher. It later became the Eagles Lodge. It was torn down in 1973 for a Nugget expansion.