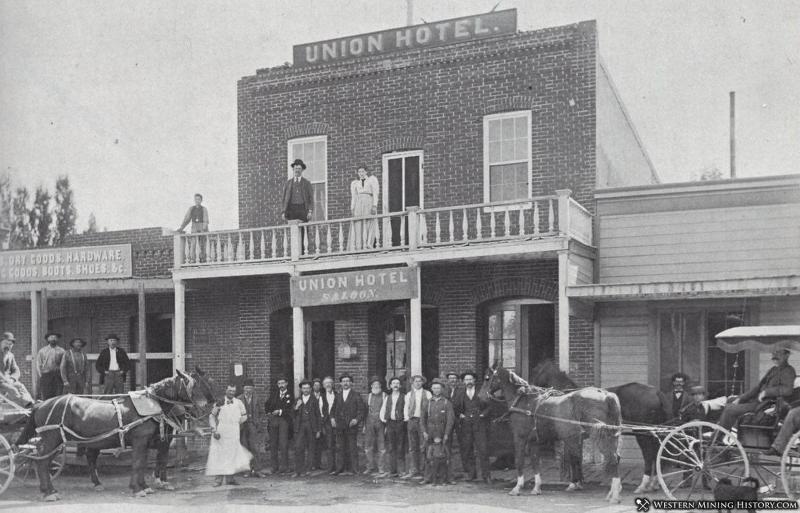 The Union Hotel in Downtown Dayton.

Source Caption: Welcome to all the new folks that have joined us in this adventure in history. When we talk about Tahoe history I have said that Virginia City was at center, well frankly because of the silver she was. When you look at the progression of history I think we need to give credit to where it belongs. If you are going out west there was the Truckee River route and the Carson River route. For now I'm ...thinking about the Carson River route. It seems like if you are taking the Carson River route you have to go to Dayton first. Virginia City is the Queen, but with out Dayton we have to ask would there have been a VC. They call it Gold Canyon for a reason because that's where gold was first found, then Silver City, then Gold Hill and then Virginia City, then there is the other part. Six Mile Canyon actually found the first silver so it appears Virginia City was destined and we are glad it did. Welcome to the Historical Society of Dayton Valley. Dayton Hotel: Built in the 1870s $1 a day .50 meals. (Chester Barton-Stanley Paher)